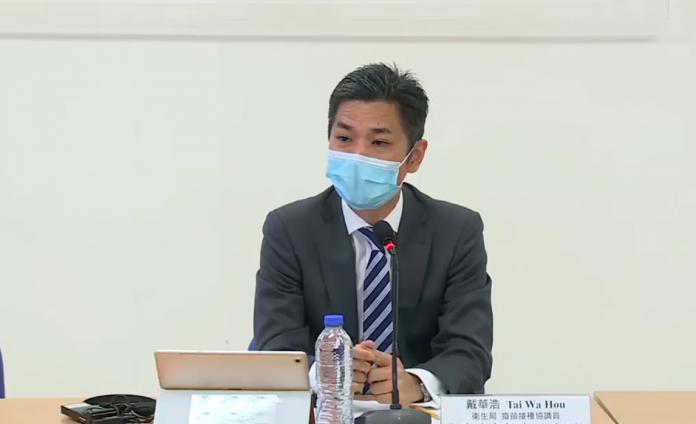 Low vaccination rates – including the Macau SAR – are making it harder to negotiate possible travel arrangements with other countries and regions, health authorities indicated today (Wednesday).

Despite having the capacity to administer about 5,000 vaccines per day, at the moment only 1,000 doses are being administered daily.

Some 52,727 doses administered since the local vaccination plan was initiated on February 9 of this year, and about 6 per cent of the local population was said to have received at least one dose of either the Sinopharm or the BioNTech vaccines.

However, only some 17,000 people have already received at least the two required doses for full inoculation, according to health authorities.

Local vaccination is free of charge and voluntary, with several residents choosing to delay to take the shot either out of fear of possible side effects or for the lack of possible benefits provided by the vaccine for travelling outside the city.

“The low vaccination rate makes it harder to negotiate a possible vaccination passport travel arrangement with other countries and regions […] We need to have a similar vaccination rate. Currently, we can only negotiate with Mainland China a vaccine passport policy,” Health Bureau Vaccination Coordinator Tai Wa Hou, said in today’s pandemic update press conference.

Today Chinese authorities announced that Covid-19 vaccines will be available free of charge to people from Hong Kong and Macau who are working or living in Mainland China.

However, Tai indicated that it was also “complex” to recognise and certify vaccinations taken by residents in Mainland China, Taiwan, Hong Kong or other countries, due to different vaccine batch numbers and vaccination circumstances.

“Still our main objective is to have that information in our database and we will follow their situation,” Tai noted.

In order to expand the number of people inoculated, health authorities decided to open vaccine appointments to non-residents students and non-residents authorised to reside in the SAR.

Now, starting from 10:00am of April 9 non-resident students and non-residents who are not work permit holders (blue cards) and are authorised to reside in the city will be allowed to book appointments for a vaccination with the Sinopharm vaccine, and with the BioNTech vaccine from April 12.

This non-resident category could include the family relatives of non-resident workers, diplomatic workers or non-residents who saw their work permits revoked. In order to be eligible, these non-residents will have to have resided in the SAR for at least three months in the last six months.