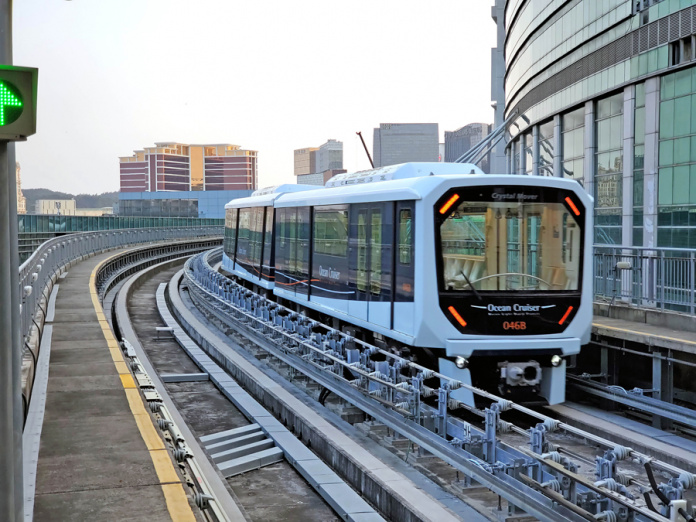 Construction work on a tunnel carrying Macau’s Light Rapid Transit to neighbouring Hengqin is officially complete today, according to the Public Works Bureau.

According to a statement from the Bureau, the project undertaken by Nam Kwong (Group) Company began in March last year. It aimed to build an 7.7-metre-wide underwater tunnel that stretched all the way to the Hengqin checkpoint from the Lotus Checkpoint Station in Cotai.

Authorities said that the work finished 53 days ahead of schedule, despite complex conditions of the terrain nearby.

The submarine link will allow the city’s overhead train network to extend through the waterway to a LRT checkpoint below the immigration centre in Hengqin, with the extension measuring about 2.2 kilometres in length.

The project also marked the first time the city had resorted to shielding in building underwater tunnels – an approach considered by the government to be a “breakthrough” in construction.

The Bureau explained that the method allowed the work to be carried out without posing environmental risks.

December 6, 2022
At the cloud computing base of Zhongwei Industrial Park in northwest China's Ningxia Hui Autonomous...