The year, 1991. The concern: how to help Portuguese news agency Lusa maintain a foothold in Asia, namely in China. The last Governor of Macau, and especially its Secretary for Communication, Tourism and Culture, Salavessa da Costa, were worried that the agency would not have the financial means to maintain a presence in Macau after the handover. Since 1987, with Governor Carlos Melancia, the Macau Government and Lusa had a contract in which the news agency would maintain its news service paying closer attention to the Chinese territory under Portuguese administration. But also to be able to have a journalist in Beijing. “Four years later, we started the necessary steps to reformulate the contract and to upgrade the financial aid so Lusa would be able to acquire its own headquarters” in Macau, Salavessa da Costa, in Lisbon, told Business Daily in a phone interview. The apartment/headquarters were officially inaugurated in 1994. The Macau Government started to send 300 million escudos (equivalent at that time to MOP15 million) directly to Lusa, in the Portuguese capital. Every year, until the handover. “To maintain Lusa we needed to give aid, I told the Portuguese President then during his visit to Macau”, recalls Salavessa da Costa. “All this is actually published in a chapter in the book ‘My Travels’, a kind of biographic narration of my life”, he told Business Daily. Discomfort and silence When the Macau Government was told about the decision to sell the property on Av. Da República by Sai Wan lakes, for MOP15.5 million, the news “was welcomed with a kind of sadness”, a source who prefers to remain anonymous told this newspaper. Confronted with the news by Business Daily, since the financial aid was always donated by Macau’s public coffers and not by Lisbon, the local government prefers to distance itself. “The Government Spokesperson Office hereby considers the real estate deal as business between private parties”, we were told. The Government Information Bureau (GCS in the Portuguese acronym) later explained that no financial aid is being given to either Portuguese or Chinese news agencies. “According to the Chief Executive order 145/2002, GCS in 2015 supports a total of 19 Chinese newspapers (three daily and ten weekly) that meet the requirements and four Portuguese newspapers (three daily and one weekly). Since neither Lusa nor Xinhua belong to this category, GCS does not give financial aid to those agencies”. “Never a diplomatic gift” Teresa Marques, president of the Board of Lusa, defended the agency’s decision to sell, explaining to Business Daily that “the documents I was handed regarding the sale of the apartment never mentioned any information about it as a diplomatic gift offered by the Macau Government”. “Initially, it was used as a Lusa newsroom but due to the lack of proper conditions for this purpose, the Lusa newsroom moved away from the flat. From that moment, it was used as a house for the Lusa delegate in Macau. However, it’s not company policy to offer delegates a house but rather to offer an accommodation subsidy”, explained Ms. Marques. The new Lusa delegate, Margarida Pinto, recently arrived to succeed the former head of the agency José Costa Santos, who joined TDM, and is the first in the last two decades to rent her own apartment in Macau. The Lusa president explains the decision to sell as a purely business one: “Even before I assumed this position, the sale of the flat had already been discussed. Now we decided to do it because we considered that we could make a good deal, as the property market in Macau has boomed in recent years. Concerning our newsroom, our option will be to rent an office area in Macau”, she told this newspaper. with J.S.F 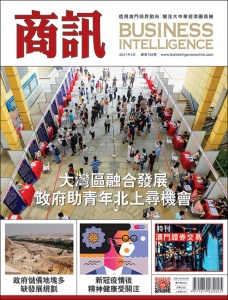 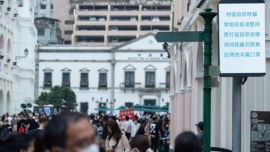 May 5, 2021
Macau ushered in the 1st of May with the highest number of tourist arrivals since... 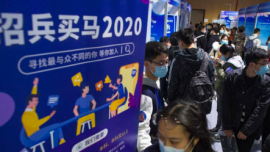