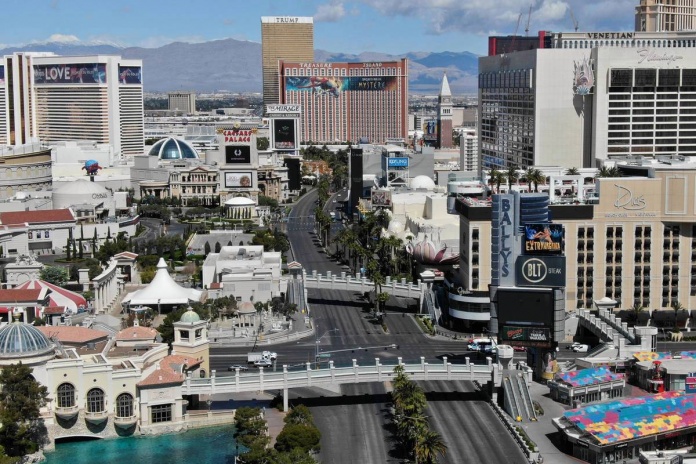 Analysts considered that Las Vegas Sands sale of its Nevada assets fetched a higher price than expected, with the question now being if the proceeds will be used for further Asian expansion or to pay-off gross debts.

The gaming concessionare announced yesterday that is selling the iconic Venetian casino resort and its Sands Expo and Convention Center for US$6.25 billion (MOP49.9 billion) to two private equity funds, withdrawing from gambling operations from its original stomping grounds in the Las Vegas Strip.

Under the two-part VICI Properties will buy the casino and resort and all assets associated with the Venetian Resort Las Vegas and the Sands Expo for US$4 billion. And Apollo Global Management will acquire the operations of the Venetian for US$2.25 billion.

J.P. Morgan gaming industry analyst, Joseph Greff, indicated in anote that LVS made a “great deal” for the sale of the assets.

“From our perspective, this is a great price, higher than the US$3.7 billion of the value we ascribe [and] […] would add US$2.5 billion, or US$3.31 of incremental equity value per share,” Greff indicated in a report.

The US$6.2 billion valuation of its Nevada assets was said to represent almost 13 times more than their 2019 property EBITDA.

The decision left analysts wondering where the group will direct the proceeds, with analysts with Sanford C. Bernstein noting that the gaming operator ‘has not given any definitive plans for use of proceeds but has highlighted its continued focus on maximizing any returns on investment’.

In the sale announcement Las Vegas Sands Chairman and CEO, Robert Goldstein, indicated that the group is still ‘focused on growth, and we see meaningful opportunities on a variety of fronts’ with Asia and development in Macau and Singapore still the ‘backbone of this company and the centre of its attention.

As it concerns its local Macau operations, Bernstein analysts pointed out that the group’s new Cotai project The Londoner in charge of local gaming concessionaire, Sands China, is already fully financed and officially opened in February.

With the group already owning 70 per cent of sands China, the brokerage also did not consider it would be possible to increase the its share in the local concessionaire.

The possibility of US-linked concessionaires being demanded to allow for the entry of Chinese investor in their shareholding structures has also been mentioned as possible requirement for a future concession.

‘There is no need to inject any immediate capital into Sands China nor do we believe is there an ability for LVS to buy back stock in Sands China – even though from a financial perspective, it would be the best use of funds – we do not believe it is politically feasible to increase ownership in Macau,’ the brokerage noted.

‘Further, we do not see any near term development opportunities in Macau that would require new fresh equity capital’.

With the future gaming license tender on the works, some analysts posited the sale could be an attempt by the gaming operator to part with its loss-making US operations while signaling to local and Chinese authorities its commitment to the Macau market.

“That is one possible interpretation, to sever the obvious linkage with the Trump era administration in order to improve their chances of a new concession,” Ben Lee, Managing Partner at IGamiX Management and Consulting, told Macau News Agency.

The groups founder, Sheldon Adelson, was a know supporter and donor of the former Trump administration, with the businessman passing away on January 12 of this year.

However, the gaming consultant expressed a dramatic second possibility, that the sale could be a prelude to LVS’s selling off all their assets, including its assets in Asia.

Meanwhile, Bernstein posited that the proceeds could be either used to finance the group’s Singapore expansion plan, or to pay off debts held by its Asian subsidiaries.

‘The US$3.3 billion expansion is a key growth driver for Marina Bay Sands and we expect the investment to yield a mid-teens % ROI once it is completed. Over US$1.1 billion has already been spent and the development will take several years to complete,’ Bernstein noted in a note.

The brokerage noted that LVS’s gross debt for its Macau and Singapore operations was at US$4 billion at year end, slightly above where it was pre-COVID, with total LVS gross debt increase in 2020 of US$1.5 billion, principally at Sands China.

On the back of the Covid-19 pandemic, LVS reported some US$1.69 billion in operating losses for 2020, with Sands China registering some US$1.5 billion in net losses for the year.

LVS’s weighted average debt balance in 2020 increased compared to the prior
year quarter mainly due to the issuance of US$1.5 billion of senior notes by Sands CHina in June 2020, the group indicated in its latets financial report,

‘Sands is focused on maintaining its investment grade rating and as such, will reduce
leverage if needed; but we do not expect the debt paydown to be significant,’ Bernstein analysts added.