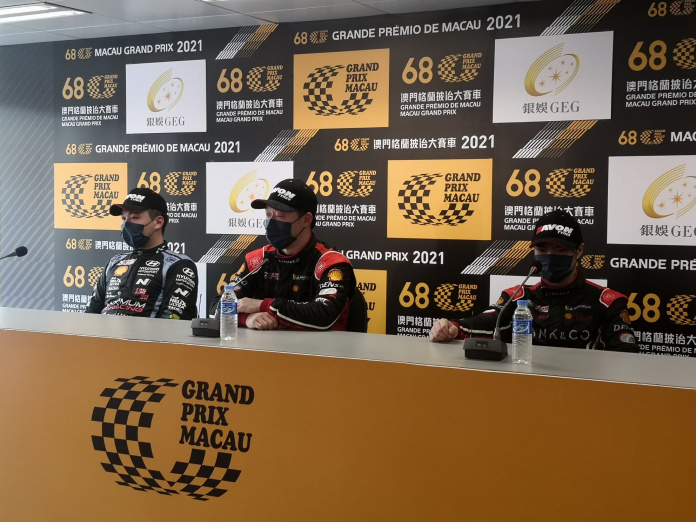 A distraught Ma Qing Hua lamented again missing out on first place at the Macau Guia Race due to bad luck after a tire puncture on the last laps robbed the Chinese driver of his first victory at the circuit.

Teammate Jason Zhang Zhi Qiang repeated his victory last year and won the 50th edition of the Macau Guia Race after Ma was suddenly struck by tire issues and dramatically lost ground a few laps to the end.

“Three laps before the checkered flag I started to feel the tires numbing on my left front. I started to reduce my pace to try and save them and reach the end but unfortunately, I couldn’t. I think there was a puncture in sector 3, I had to slow down a lot to bring the car back. It’s a real sad race for me,” Ma said after the race.

“Today was really really unlucky that the worst things can happen in the last lap of the race. I was a few kilometers from the checkered flag. It’s quite disappointing but this is racing”

On the other hand Jason Zhang – the best driver at the Chinese TCR competition – expressed surprise that again good fortune led him to win the Macau Guia Race, after an also peculiar last year edition.

Last year Ma lost a chance to win the race after British driver Rob Huff drove into his car at the Mandarin corner.

Huff was later stripped of a 10th Macau Guia race victory following a post-race penalty and handing the victory to Jason Zhang, the first time a mainland driver won the competition.

“I joined Lynk & Co last year and raced in Macau. This time was also quite emotional and a similar situation to last year. I don’t know why I’m always lucky in Macau. My record or racing pace is not better when compared to Ma, but he’s always unlucky […] I’m sorry for him, Zhang noted.

Having won the 2021 TCR China championship for the first time, Zhang praised Lynk & Co Racing work and hoped the Chinese team could take part in international TCR competitions in the future.