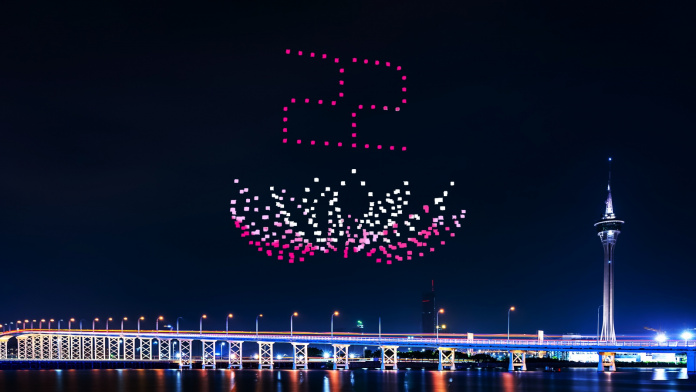 The Macao Light Festival will take place from December 4, 2021 until January 12, 2022, with ‘Travellers from Mars’ as its main theme and opening up with a flying drone night show.

The event period will cover many festive holidays including the Anniversary of the Establishment of the Macao SAR, winter solstice, Christmas, New Year’s Eve and New Year’s Day.

Sprawling across different local streets and lanes, the 7th ever Macao Light Festival will illuminate new locations such as Macao Science Center and Barra Pier, offering a captivating experience to enjoy as night falls, from 7:00pm to 10:00pm every day.

The invited teams have staged drone shows at different major occasions including performances for the Mainland’s App of Yangshipin, Countdown of Asian Games and China Media Group Spring Festival Gala among others.

Three of the teams also set world records for the longest drone flight time and for most drones flying simultaneously.

There will be four different projection mapping shows presented by performance teams from Macau, Hengqin, Changsha and Tokyo, alongside fun games to give away themed gifts in special design.