Macau is the 16th most expensive city in Asia for expatriate residents, according to a survey by ECA International released on Wednesday. The news was broken by Macau Post Daily, which quoted an ECA spokesperson saying that Macau is in 83rd place on the world ranking just below Shenyang in the mainland and above Munich. Macau also came 8th amongst Greater China cities. The human resource firm carries out a survey twice a year by measuring a basket of common items purchased by expatriates in more than 400 locations globally, such as dairy produce, vegetables, clothing and meals out. The survey does not include housing, utilities and car and school expenses as these items are often compensated for in expatriate packages, ECA said. 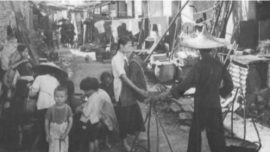