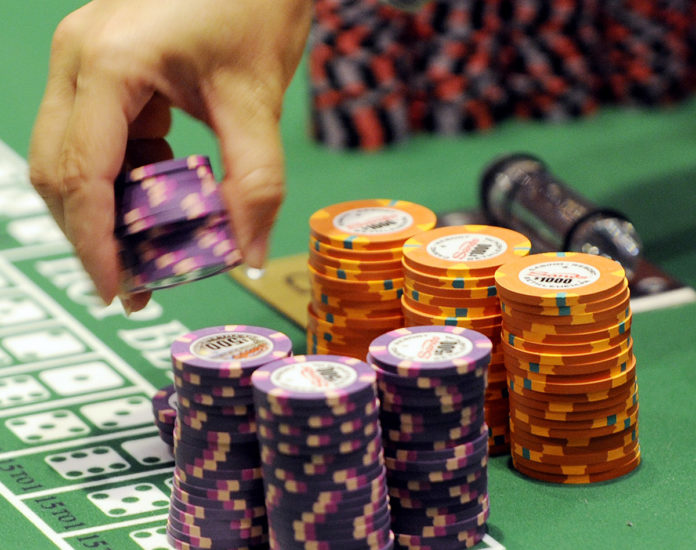 Macau (MNA) – The year saw some major casino openings and re-openings, as Macau Legend Palace, Golden Dragon Casino and Jai Alai joined the gaming ranks, together with some important delays as MGM Cotai and The 13 further delayed their long awaited openings.

In February, the city witnessed the opening of the Legend Palace Hotel at Fisherman’s Wharf, the latest project by local businessman David Chow and CEO of Macau Legend Development Ltd.

Costing HK$2.6 billion, the new property offers 223 rooms and 66 gaming tables, of which 15 were newly granted tables to Macau Legend by the MSAR Government.

At the time of opening, Mr. Chow said the property would feature three outside-run junket rooms as well as one self-run VIP operation.

According to Macau Legend’s latest financial report, there are 59 tables in the Legend Palace Casino – 48 for the mass market and 11 for VIPs. By June 30 of this year, the casino had registered HK$114.33 million in revenue from mass tables, with VIP tables contributing HK$20.59 million.

The property’s hotel also finished the period with a 77 per cent occupancy rate, while non-gaming operations brought in HK$37.80 million in revenue.

Macau Legend also entered into a purchase agreement with four local real estate and investment companies to sell the Landmark Macau hotel for HK$4.6 billion (US$589.68 million/MOP4.73 billion), with the deal expected to be concluded by March of 2018.

In September, the city heard the surprising announcement of the opening of the Hotel Royal Dragon, a new 144-room hotel near the Macau Polytechnic Institute, owned by former legislator and owner of Hotel Golden Dragon and Taipa Square Hotel and Casino, Chan Meng Kam.

The owner of Golden Dragon Co. Ltd. had a busy year, purchasing the nearby Hotel Lan Kwai Fong Macau in October from China Star Entertainment Ltd. for HK$2 billion (US$248.71 million), after getting ahead of Jay Chun’s Paradise Entertainment Limited.

The complex, located near the Outer Harbour Ferry Terminal, had been under renovation since 2013 after several delays in permits to be awarded by the MSAR Government.

The destructive passage of Typhoon Hato on August 23 is said to have contributed to the delay of MGM Cotai from the end of 2017 to January 29, 2018, with the overall project budget increased to HK$27 billion, according to the company.

Another much awaited opening, The 13 Hotel, continues to be postponed, with the company having announced further delays for the opening of its Cotai project to March 31, 2018, with the opening dependent upon the successful completion of a HK$2 billion fundraising exercise.