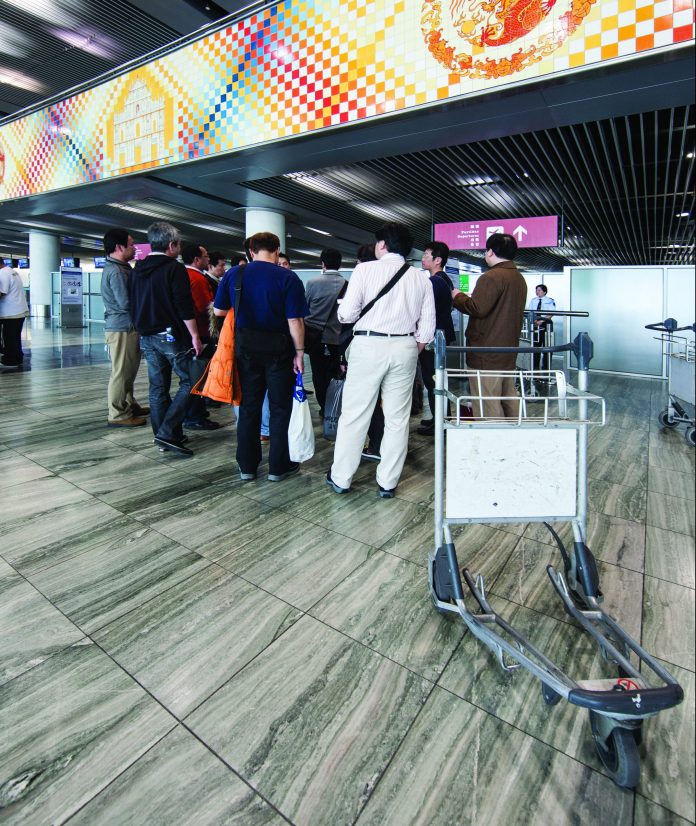 In order to ‘tackle’ the peak season, CAM announced it will increase the airport’s security check channel and increase security staff by 5 per cent.

The company in charge of managing the city international airport also advised passengers to arrive to the airport two hours before flight departure in order to go throughs security as early as possible and avoid any delay issues.

A 50 per cent discount on parking rates for a maximum period of seven days will also be provided at the at the international airport between February 15 and March 5, with the usual MOP6 parking fee reduced to MOP3.

Today CAM also announced that the north extension of the airport passenger terminal will start operations on February 12.

It was also announced previously by the Civil Aviation Authority of Macau SAR (AACM) that  80 extra charter flights were approved in order to cope with expected demand for Chinese New Year celebrations.

The Macau tourism department estimated that the number of tourists visiting the Macau SAR during the Lunar New Year seven-day holiday period could grow as much as 3 per cent yearly to reach some 960,000 visitors.