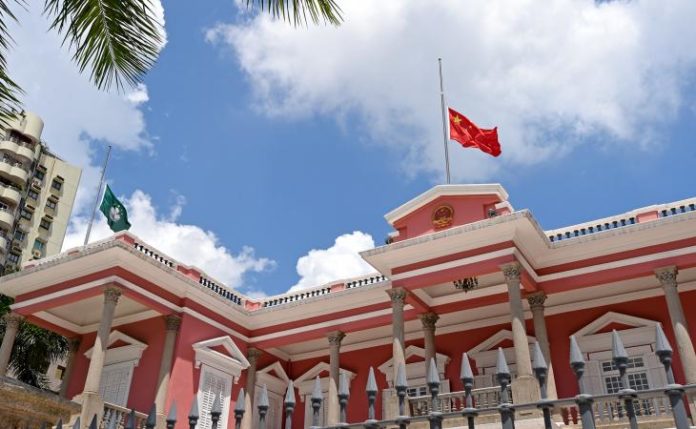 The government has invested RMB8 billion in the hinterland of China as part of a partnership with the Guangdong authorities. But a confidentiality agreement struck between the governments means that people do not know the details of this business and cannot follow up on it.

The reason relied upon for so much secrecy is that the information ‘could affect the price of these investments’.

If this episode that seems to us quite unfortunate does not favour cases of insider information I don’t know what does. It is mindful of the times when only a handful of politicians and businessmen controlled the United States railroads as they rolled back the Wild West. Everything was kept secret . . . but it was not difficult to find out who took advantage of the privileged knowledge by setting up phony front organisations.

Of course, this does not happen these days – perish the thought! – not least because people are much more moral and credible. In addition, they have the confidence of the Public Affairs Monitoring Committee, which has the responsibility of overseeing Macau’s investments.

The Committee, led by legislator Mak Soi Kun, is satisfied because, as he explains, the important thing is the guaranteed return of 3.5 per cent.

It’s business by business, no matter what. Morality and ethics have a different value for the local Parliament, which remains at its best level ever.

Many other businesses that continue to generate huge returns are equally protected by the lack of transparency and other important assumptions about ethics, and in many cases the legality of them. We hope they are not tempted to go down this path as well since it seems that nowadays everything is worth it as long as there is a guaranteed return.

We live in controversial times because on the one hand we have governments with short memories and on the other populations with less patience.

What is happening in Hong Kong is a crying shame. The government’s attempt to impose its much-maligned extradition law is yet another discouraging sign of the emptiness of the given word per the autonomy of the second system.

There are also glaring examples in Macau, but here exists a greater self-restraint upon the part of locals, for several reasons that have already been explained in this column.

When two states commit to international agreements they must comply with them: not take advantage of the passage of time to undermine the pledged word.

China is experiencing a positive time, with its economy ranking second in the global marketplace, with considerable improvements to the lives of tens of millions of people once living below the poverty line. China also has a growing influence in the world, thanks largely to its policies of support for regional development.

But it should have the flexibility to realise that there are ways to ensure the rule of law avoiding tactics that will only serve to divide their populations.

It is true that the protesters should avoid losing control, although we know that a mob will always be a mob. And the eternal temptation of the power to cut off leadership creates such results. Without a perceived leader on site, no-one can restrain the most excited moments of the mob, who think that only with visible acts will people in power finally listen.

Both sides have to realise that only Hong Kong loses and thus they have to try to find some sort of compromise. Not easy, since this will involve the need by both sides to give way. After all, a government is no more than the representative of the people – and when not elected directly must more carefully exercise its power – while the governed must prove that they are mature enough to one day aspire to help the political system move genuinely forward.

Chui Sai On is on his way out after 10 years at the helm of government. Without visible changes, he has preferred the strategy of continuity. The MSAR has practically held by its own initiative several factors – huge gambling taxes; a small, so easy-to-control economy; and its population continues to be obedient. Or does not show any inclination to bother while life is considerably acceptable.

Hence, it has not been a difficult decade for a ruler of few words, appearing ever uncomfortable in front of the TV cameras and during public events. But maybe that is the secret. The idea of having no ideological features or assuming projects for which it has no vocation, only guiding the boat as quietly as possible, without waves or major mishap.

That is why we must give credit where credit is due. It takes a strong stomach to handle certain situations. And plenty of Alka-Seltzer.

In one of the few promises he has made, at the beginning of the second term, he has succeeded in reaching half. Macau, the only place in the Greater China Region without a minimum wage, will finally have a universal minimum wage. Well, so far it is only a bill but even with a majority of business leaders occupying parliament the legislation is expected to pass, probably next year.

However – and this again is the particularity of Macau – the universal minimum wage is not that universal. Tens of thousands of domestic workers will continue to remain out of its scope as well as workers with disabilities.

It is more than a shame, it’s the proof that the city continues to have a third world mentality while enjoying the privileges of becoming the world’s richest place in 2020 according to International Monetary Fund projections.

Let’s just hope Mr. Ho Iat Seng, the predictable new Chief Executive, will show a bit more compassion and energy in defending the right to a better living for everyone who continues to make Macau a prosperous and ‘harmonious’ place.

Opinion – Is there a peaceful solution to Beijing-Taipei relations?

January 19, 2020
Although Tsai Ing-wen asserted after the Democratic Progressive Party’s victory in presidential elections that Taiwan...

Bring on the evidence