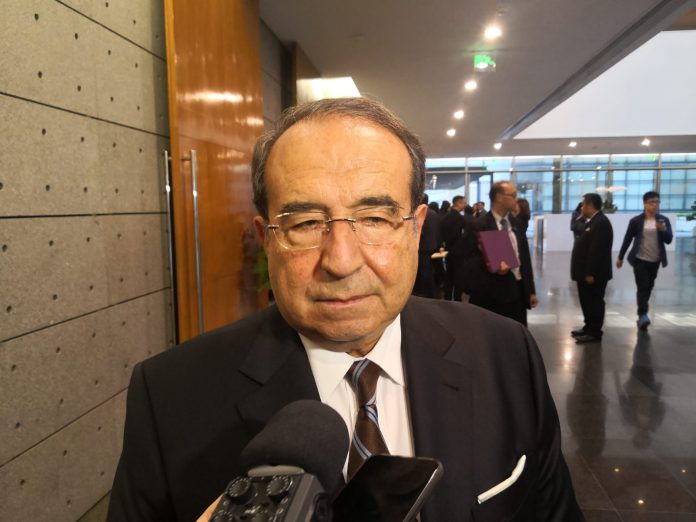 In an interview with journalists, on the sidelines of the launching of the judicial year on Friday, Mr. Neto Valente said that he will “start earlier to make efforts” so that someone else can be candidate in the next elections.

“I did not think I was going to be candidate now, and in a way I was pushed to do so,” said the lawyer, who has recently presented his candidacy to the leadership of the Association after Sérgio de Almeida Correia announced himself on September 14.

It is the first time in some 20 years that Mr. Neto Valente is being challenged.

“Before I presented myself, before the other candidature appeared, I had suggested names, as I always do in the year of elections. I speak with colleagues who are representative and that have prestige in the class, and we discuss, and I suggest that we find names to replace me, but it was not possible to find someone [this time],” he pondered.

Neto Valente also confirmed yesterday that one of the reasons that has prompted him to renew the intent of acting as head of the Association, despite the personal cost he claims the position takes, was the need to distance the body from the sort of “objections” he believes Mr. Almeida Correia raises within the class – mostly of a political nature, as Neto Valente has pointed out in previous comments to media.

“Several colleagues have showed concern, and suggested that I presented a candidacy in order not to trigger the will of a list predominantly Chinese and with little sympathy for the participation of the Portuguese,” he argued.

Neto Valente presents himself as the candidate capable of reconciling differences and disparate interests based on his insertion in, and knowledge about, Macau.

“There are lawyers who think that, given the population is in majority Chinese, the lawyers of Chinese language and mother tongue being the majority Chinese … that the time of the Portuguese finished in 1999, that there is still some remains, but that it is time to leave,” he noted.