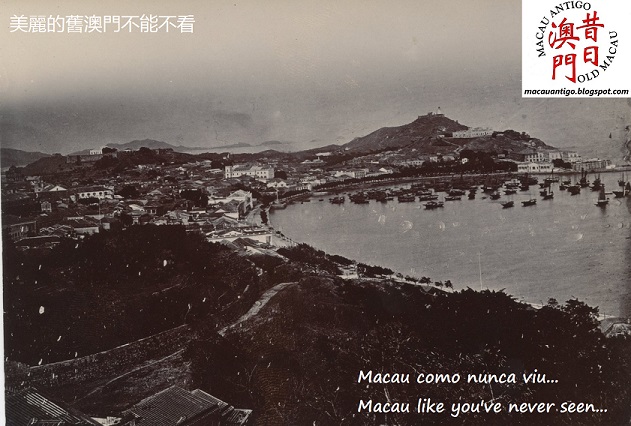 Macau (MNA) – A blog focusing on the history and social memory of Macau, named ‘Macau Antigo,’ is celebrating nine years this month, with more than 30,000 images and 4,000 posts uploaded since its inception, its founder, João Botas, told Macau News Agency (MNA).

‘I believe that one of the main assets of the project is to promote the history of Macau in an attractive way by using accessible language supported whenever possible by illustrations,’ Mr. Botas told us in an email.

The Portuguese journalist, who has lived in the city for ten years, told MNA that he launched the project following research carried out to write his first book, Liceu de Macau 1893-1999, in 2007.

‘I found so much material that I thought it was a waste not to share it,’ he claims.

The sources providing substance to the website are ‘the most varied,’ Mr. Botas noted, but consist primarily of two types, namely, a collection of personal objects he has accumulated throughout the years, and the Internet.

The ‘memorabilia related to Macau,’ which the journalist claims to be ‘one of the most important sources’ of the project, comprises more than 5,000 objects.

Those include coins, magazines, ‘lai sis,’ movie and jet-foil tickets, stamps, postcards, maps, matches, and books, which amount to nearly a thousand copies.

He pointed out that several of them were procured at auctions and antiquity fairs.

Regarding the Internet, Mr. Botas said the ‘nearly inexhaustible source’ enables him to search and collect material, as well as establish connections with readers, who also send him documents.

‘I recall a former military [officer] who offered me a 1950 mah-jong set, and another who gave me more than 20 old maps,’ he explains, adding that some people also offer him objects left by deceased family members.

‘They ask me if I want to “make good use” of them so that they can continue to tell stories of Macau’s history,’ he told MNA.

The blog, which the journalist claims to be ‘probably the biggest online documental archive about the history of Macau,’ has received more than one million page views since its creation in 2008.

By country of origin, the largest number of readers comes from Portugal, followed by Macau, U.S., Brazil, Russia, Germany, Hong Kong, China, France, and Canada, according to the owner of ‘Macau Antigo‘.