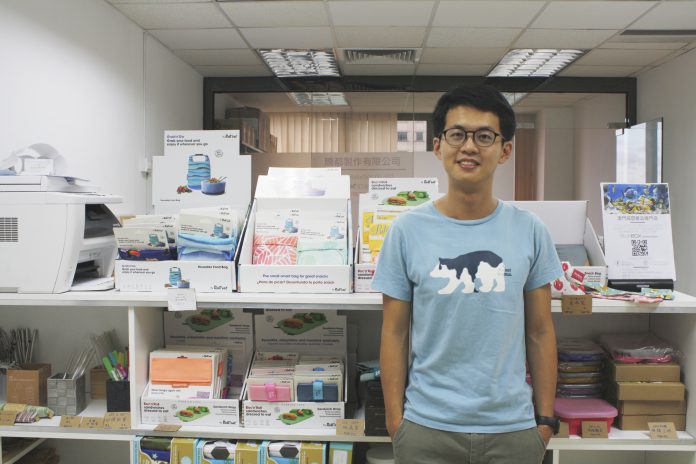 Pun said many Macau residents find being green very troublesome because being eco-friendly is not convenient.

He suggested the government roll out policies such as imposing tax for using plastic bags and for merchants and non-profit associations to make an effort in reducing the use of plastics.

Although the government is more active in launching plans related to protecting the environment compared to several years ago, Mr. Pun said the inadequate promotion and advertising of those plans have had insignificant effectiveness.

“[The government] has launched a plan of earning points for supermarket coupons in exchange for recycling plastic bottles, cans and paper but many people that care about environmentally friendly initiatives do not know about this plan,” said the environmentalist.

He added that the locations and hours available for collecting the recyclable waste are restricted, with the majority of places offering the collection service just once a week for only a few hours.

According to Macau’s Environmental Condition in 2017 released by the Environmental Protection Bureau (DSPA), some 1.1 million cans were recycled for the whole year of 2017.

Pun said it was the encounter with an eco wrap – a reusable bag to hold food – on the Internet that triggered his idea of having his own store to sell reusable bags and containers.

“[I] noticed that many people in neighbouring cities such as Hong Kong and [in] Taiwan use these environmentally friendly bags to buy food, and I realised that there is no vendor in Macau selling these bags,” said Pun.

As a result, he started his own store by selling a few products in the beginning. Later, he started selling other products such as stainless steel drinking straws and sustainable food containers.

Aside from owning the store, Mr. Pun has been working on side projects such as maps that he created to show restaurants in the city that would accept customers using their own containers.

Asked about his future business plans, the storeowner said he needs to conceive plans to diversify his business, given that clients buying durable goods would not return to make another purchase in a short period of time.

“For the coming year I [also] hope I to introduce more products and to have my shop station on the ground floor,” he said. “And I’m planning to expand a bit more on ‘shop naked’”, referring to the act of shopping using one’s own containers in order to cut down on waste resulting from packaging.

The environmentalist added that “to do business is not about hard selling, but to promote my own ideas as a major mission”.