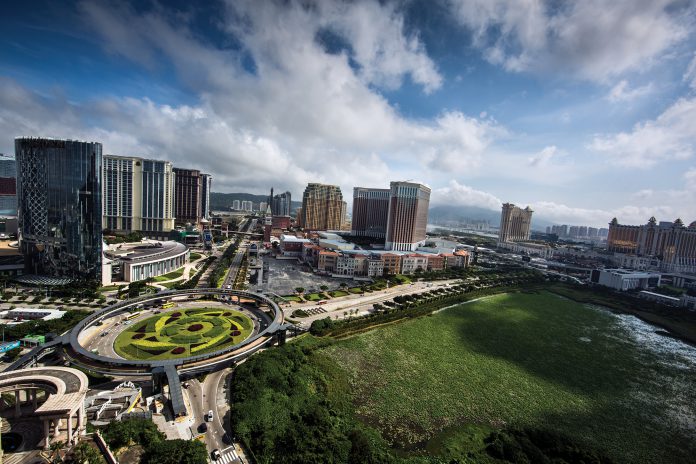 Macau (MNA) – Analysts from Morgan Stanley believe that the stronger-than-expected November gross gaming revenues, coupled with easing US-China trade tensions after the G20 Summit and stronger visitation/mass revenue from the opening of the Hong Kong-Zhuhai-Macau Bridge (HZMB) will improve stock valuations for gaming operators in the short term.

‘The potential positive outcome as it relates to trade tensions between China and US could boost sentiment and, thus, drive valuation multiples. We think these should remove overhang from concession renewal, even though there is no direct revenue/cost impact,’ Morgan Stanley added in a note.

Therefore Morgan Stanley believed that the lessening of trade tensions, improving grind mass and strong gross gaming revenues growth should help stock performance, however, slowing premium mass growth and, thus, EBITDA margin/growth in the 2019 first quarter might have an impact in valuation.

Although several other analysts did not saw the HZMB opening on October 24 as having helped gaming revenues performance in November, the financial services company believed that higher visitation via the HZMB helped mass market performance.

Chinese President Xi’s visit for the bridge inauguration, several events/concerts hosted by operators and marketing promotion during the Double 11 ShoppingFestival were also said to have helped November results.

Morgan Stanley estimated that if December average daily revenues between MOP750 million (US$93.2 million) and MOP800 million, that month will see a 9.3 per cent yearly rise to MOP24.8 billion, with the full year to see a yearly growth 12.8 per cent to 13.3 per cent.

In terms of stock performance by local gaming operators, MGM China has said that although having ramped up its Cotai project more slowly than expected and having made only US$42m in property EBITDA in the first two full quarters, the recent opening of three junkets and the opening of its President’s Club by the end of 2018 and Mansions before the Chinese New Year in 2019, could result in faster growth than other operators.

Meanwhile, Melco Resorts’ stock was said to be underperforming compared to other operators due to a weak second quarter and third quarter results, and due to its complicated group structure, the listing of Studio City, granting of one-month extra bonus and the close of smoking areas on the mass floor.

‘We think all of these factors should make these quarters a low base and help the company report much higher growth in 2019. Potential resolution regarding the Studio City stake, cancellation of treasury shares after buyback and attractive valuation could drive upside, in our view,’ Morgan Stanley indicated.

The smoking ban to be enforced from January 1, 2019 for VIP and some premium mass areas was also said to have potential negatives for Galaxy and Wynn