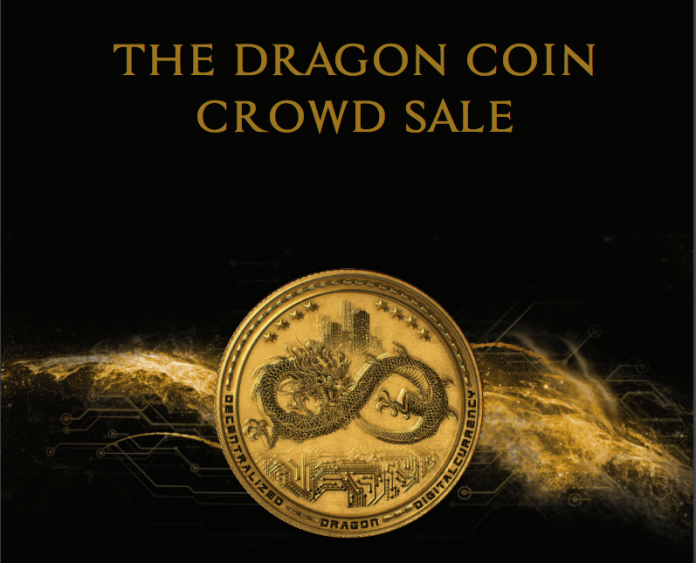 The Hong Kong based company is part of Dragon Incorporation (BVI) Limited (Dragon Inc.), a company incorporated in the British Virgin Islands that launched a virtual token initial coin offering (ICO) today starting from noon, with the goal of raising around US$420 million (MOP3.38 billion), as previously reported by MNA.

Mr. Ahmad told MNA that the group has partnered with four locally based junket operators, with a private sale of its tokens – known as Dragon Coins (DRG) – having already raised some US$265 million or 53 per cent of the tokens from different shareholders of the junkets.

“Currently, we have those four, but we have many more exciting [projects] coming. We’re working outside Macau now in the China region. We’ve signed a deal already and we also have a couple [of partners] nearby, in South Korea,” Mr. Ahmad told MNA.

Some US$350 million or 83 per cent of the money raised will be used as a deposit for the future Dragon junket.

One of the company partners is a South Korean national named Las Ho Choi, who is described as a casino management businessman in the country. Mr. Las later expanded his businesses to Macau becoming a ‘high net worth investor and advisor in many casinos and junkets primarily in Macau and in other gaming cities globally,’ a white paper explaining the company’s ICO model released today informed.

Although Mr. Ahmad stated the names of the Macau junkets would not be disclosed at this stage, the company’s white paper reveals that some of the junkets are listed on the Hong Kong Stock Exchange (HKEX).

‘Average daily gaming flows for 2018 are forecast to be over US$300 million from players who are already linked to the existing junket operated by Dragon’s new partners,’ the paper informed.

Dragon Inc. also said it will have its first branded Dragon junket fully operational in a government casino in South Korea on January of 2018 and in the MSAR before Chinese New Year in February 2018, utilising Dragon Global Chips, a digital utility token, as its only form of internal gaming currency and with its local junket partners operating it.

“We won’t be starting it in Macau because, as a really big market for us, we would like to start outside of it, probably before the beginning of the Chinese New Year [in 2018]. We need to prove the system and the platform first. We want to make sure the system is stable so we will start outside where the transaction levels are a bit lower and not as intense as Macau,” Mr. Ahmad told MNA.

DRG coins holders will be able to buy Dragon Global Chips, which will be exchangeable for physical gaming chips in the upcoming Dragon junket and in venues affiliated to the company’s partners.

Mr. Ahmad told MNA he does not expect to face issues from the MSAR Gaming Inspection and Co-ordination Bureau (DICJ) or the Monetary Authority of Macau (AMCM) because the company is only replacing the ‘obsolete’ ledger system used by local junket operators with their own blockchain ledger system.

“We provide a blockchain ledger inside the legal frameworks, government-approved and legal. Cryptocurrency is one aspect but we’re actually providing the ledger system to our partners,” Mr. Ahmad told MNA.

At the end of September, however, the AMCM issued a statement declaring that financial institutions, banks and payment services in the city were prohibited from providing services for companies providing tokens and virtual currencies.

The department also warned residents about being involved in virtual type commodities such as Bitcoin, which is neither a legal tender nor a financial instrument subject to the supervision of the AMCM.

MNA has requested clarifications from DICJ about the ICO but no response was provided by the time this story was first published.