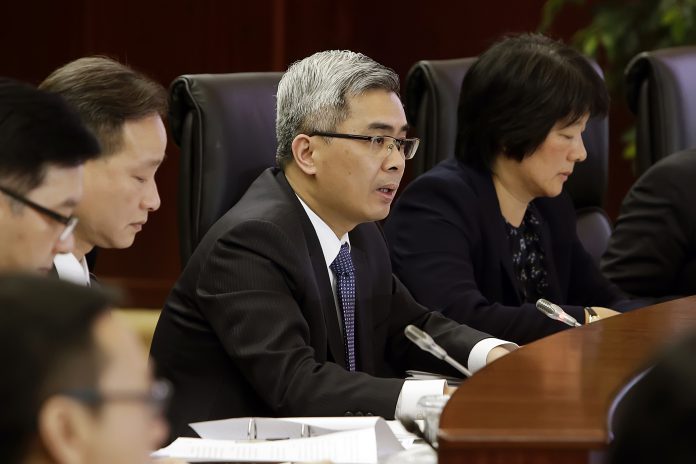 Macau (MNA) – Facial recognition and license plate tracking are capabilities that will likely be added to the ‘Eye in the Sky’ (天眼) cameras in 2019, with 100 such cameras to be upgraded with the features , according to Secretary for Security Wong Sio Chak, speaking at the Policy Address Q&A session for Security at the Legislative Assembly (AL).

The current customs clearance ports in Macau utilise facial recognition technology, according to the Secretary, who affirmed that each camera will be cleared with the Office of Personal Data Protection (GPDP).

However, license plate tracking is already covered in existing legislation, which makes the legislative process of installing such a feature less complex.

Judiciary Police (PJ) director Sit Chong Meng, speaking on the TDM Radio show Macau Lecture on Wednesday, said that big data will be used to improve ‘Smart Policing’ with cities like Shanghai and Guangdong being studied in order to implement working practices within Macau. The process is expected to take a few years to implement.

The Secretary for Security, the use of ‘Smart Policing’ in society is justified, saying, “The rise of crime, especially involving casinos, is now becoming more sophisticated, especially cross-border crimes.”

Wong believes that the use of predictive big data is therefore justified.

According to Mr. Wong, some 1,208 cases have been investigated with the use of the ‘Eye in the Sky’ (天眼) cameras, with a high conviction rate.