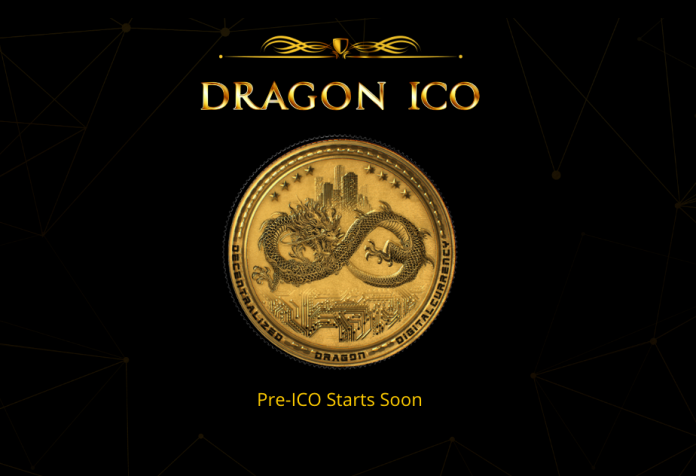 Macau (MNA) – Dragon Corporation CEO, Chakrit Ahmad, told Macau News Agency (MNA) on Thursday that it will hold its initial coin offering (ICO) this December 8, in an attempt to raise over US$400 million.

The company will provide a blockchain distributed ledger with investors able to purchase virtual currency tokens.

Tokens can then be exchanged for gambling chips in Dragon-affiliated casinos or they can hold the tokens for investment purposes.

The ICO will be open for “most countries except the United States, Mainland China and Singapore, the Dragon Corporation CEO told MNA.

Mr. Ahmad told MNA the company had already assured it raised US$265 million in a private auction from different shareholders from four junket operators based in Macau, with the Dragon CEO saying junket operators are already using a distributed ledger.

A distributed ledger is a database using blockchain technology that is consensually shared and synchronized across network spread across multiple sites, institutions or geographies.

Transactions through a ledger are encrypted and don’t depend on a central authority.

The token sale would provide a “more convenient and more cost-effective” way for junket operators to transfer funds to gamblers, Mr. Ahmad stated previously to news agency Reuters, with typical junket transaction fees being around 5 to 7 per cent, while through blockchain they would be just 1 per cent.

At the end of September, however, the Monetary Authority of Macau (AMCM) issued a statement declaring that financial institutions, banks and payment services in the city were prohibited from providing services for companies providing tokens and virtual currencies.

The warning followed a decision by the People’s Bank of China to ban ICOs or fundraising using the issue of digital currencies, while the Hong Kong‘s Securities and Futures Commission said at the same time that ICOs would be covered by the department and treated as company stock purchases.

In statements to Reuters, Mr. Ahmad said the ICO would not be affected by China’s ban as many investors hail from Hong Kong and Macau as well as Japan, South Korea and Russia.

Mr. Ahmad has stated previously the funds would be used to develop a floating casino in Macau, which would also accept the virtual tokens.

In a previous response to MNA, Norwegian company Brova Idea AS confirmed it had been contracted to develop a floating structure with a hotel and casino and install it in the MSAR by April 2020.

Brova Idea confirmed a Thai-based company named Wi Holding Company Limited, of which Mr. Ahmad is the CEO, had approached the company with the idea of developing a floating hotel named Dragon Pearl.

Previous reports have stated that Dragon Corporation would hold the ICO in partnership with Wi Holding.

Dragon Corporation is described in reports as a Macau company but in a response to MNA Gaming Inspection and Co-ordination Bureau (DICJ) head Paulo Martins Chan said it had no record of a locally registered gaming company by that name.

Dragon Corporation Linkedin page describes it as a Fintech company focused on cryptocurrencies founded in May of 2017 by Mr. Ahmad and and based in Hong Kong.

The company’s website only presents the company’s logo with a message stating that the ‘Pre-ICO Starts Soon’.