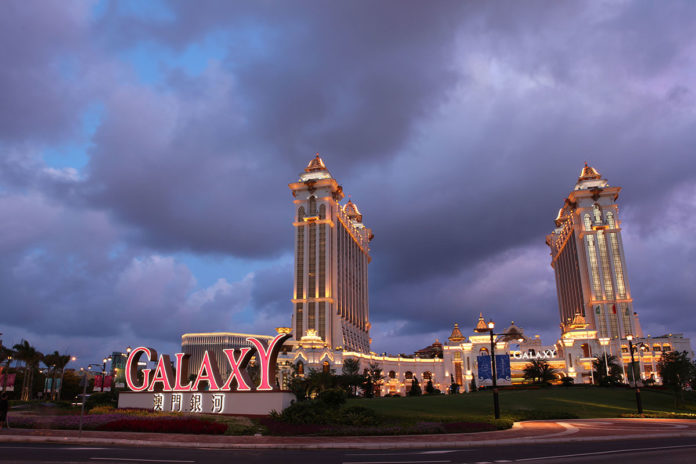 Macau (MNA) – Galaxy Entertainment Group (GEG) posted HK$15.9 billion (US$2.03 billion) in revenue for the third quarter ended September 30, up 23 per cent year-on-year and up 10 cent quarter-on-quarter, according to a filing of the company with the Hong Kong Stock Exchange today.

Adjusted EBITDA reached HK$3.5 billion, up 31 per cent yearly and up 7 per cent quarter-on-quarter.

However, the company noted that gaming operations decreased its adjusted EBITDA by approximately HK$110 million due to ‘bad luck.’ Total gaming revenue on a management basis for the period was up 24 per cent year-on-year and up 12 per cent quarter-on-quarter to HK$14.9 billion.

Yet, the company said the property ‘experienced bad luck in its gaming operations,’ decreasing its adjusted EBITDA by some HK$159 million during the period under review. Excluding the ‘luck factor,’ EBITDA reached HK$2.9 billion, up 44 per cent year-on-year and up 11 per cent quarter-on-quarter.

The company claimed Broadway Macau was affected by the temporary suspension of the hotel and casino operations after Typhoon Hato reached the property, with Lui Che Woo, Chairman of GEG, saying that ‘despite the impact of Typhoons Hato and Pakhar, our businesses continued to perform well and have delivered satisfactory results for the three months period ended 30 September 2017.’