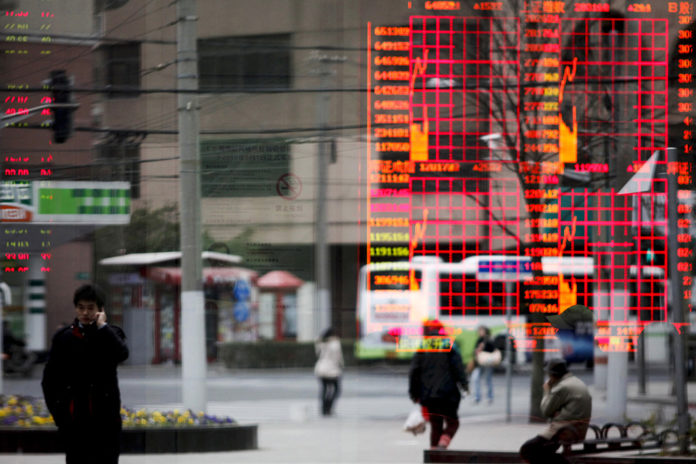 Macau (MNA) – Shares of the six gaming operators recorded losses on Friday following the decline on Wall Street and globally on Thursday.

The sell-off followed another battering for US and global markets, with the Dow suffering its second-heaviest daily points fall on record – the worst coming on Monday – after key US Treasury bond yields spiked, fuelling the likelihood of higher borrowing costs, AFP said.

Tokyo, Hong Kong and Shanghai were among the worst hit as investors piled into safe haven assets such as gold and the yen.

A key trigger of the recent pullback was last Friday’s strong US jobs report that also showed rising US wage growth, fuelling speculation the Federal Reserve will lift rates more than the three times already expected this year.

At the same time, the European Central Bank is on the verge of ending its crisis-era stimulus, while the Bank of England warned Thursday that rates will likely rise.

“The message from ECB and Fed speakers, not to mention the Bank of England is that rates will continue to climb because of the strength of the global economy,” said Greg McKenna, chief market strategist at AxiTrader.

With eurozone and British borrowing rates expected to go up, the euro and pound climbed against the dollar.

The greenback edged up against the yen but was still sharply down from Thursday’s levels in Asia, as panicked investors sought out safety. The dollar fell to as low as 108.50 yen from almost 110 yen the day before, hit by a weak sale of US bonds, which jacked their yield back close to four-year highs.