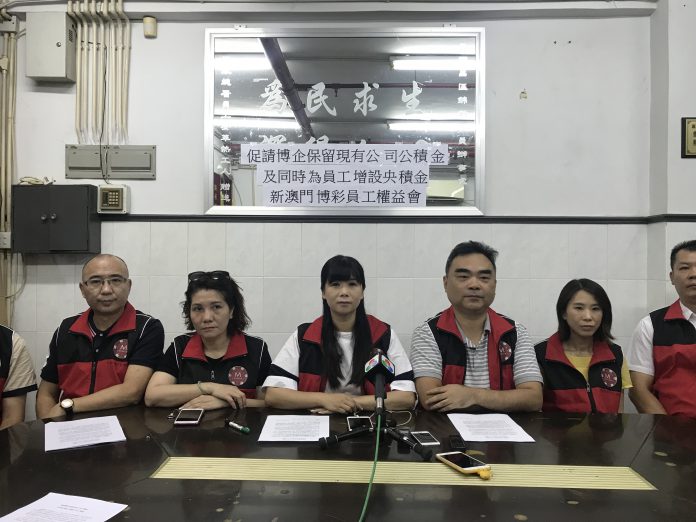 According to Ms. Chao, most of the casino companies have already expressed their interest in joining the Non-Mandatory Central Provident Fund System but the main problem falls on the interface between the private pension scheme and the public fund.

“Some of the private retirement schemes in casino companies were not designed to protect employees at all,” said Ms. Chao. “Some gaming operators have taken money from their pension scheme to pay for their laid-off compensation, although the number of cases was not so big.”

Chao emphasized that laid-off compensation must be paid separately, aside from workers’ retirement programme.

“Employees who are laid-off with reasonable reason must be entitled to access the portion of money their employers contributed to the private pension scheme,” stated the association’s president.

Chao also remarked that a large number of employees believe that they are under better protection if their employers join the government’s fund system while continuing to make contributions to the private scheme. This, she claims, would provide a better retirement protection plan to casino employees.

“In March, we have conducted a survey with 1,234 employees from the six local gaming operators. All of them supported the government’s [provident fund] system, but they also hope the gaming operators would continue to run the private pension scheme,” further added Ms. Chao.