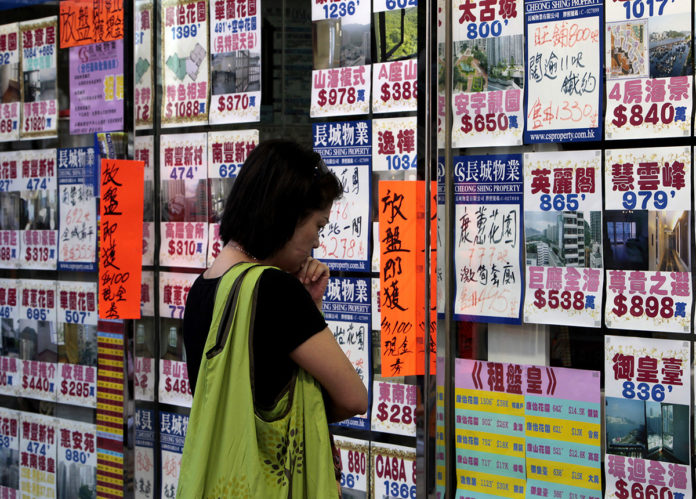 Macau (MNA) – The Macau SAR Government has lowered the mortgage loan ratios for young locals willing to buy their first home, the government announced on Thursday.

The policy will target permanent residents between 21 and 44 years old who currently do not own an apartment.

The Financial Services Bureau (DSF) and the Monetary Authority of Macau (AMCM) held a presentation event this Thursday to explain the details of the new monetary regulations.

When questioned why a measure described a targeting young residents allowed such a large age gap, the AMCM Banking Supervision Department head, Lau Hang Kun, said it was the government that set that age definition of young people.

The measure will allow banks to grant mortgage loans of up to 90 per cent of the value of properties priced at less than MOP3.3 million (US$407.000). The total amount of the loan will not be allowed to exceed MOP2.64 million.

This ratio is already operating for any resident who wants to buy his/her first property and without any age restriction but with a limit of MOP2.31 million.

For those apartments priced at between MOP3.3 million and MOP8 million young residents will be able to get mortgage loans of up to 80 per cent of the value.

Currently, banks are only allowed to lend up to 70 per cent of the value of the property with a limit of MOP3.6 million.

In regard to mortgage loans for acquiring property’s under construction, new ratios will set a 80 per cent cap until MOP6.4 million for properties valued between MOP3.3 million and MOP8 million.

The ratios will also be applicable for applicants with properties acquired through inheritance or donation and won’t be applicable to applicants who own more than 50 per cent on any property for housing located in Macau.

Married couples who own – individually or in conjunction – more than 50 per cent of a housing property won’t also be able enjoy the new ratios.

“The measures look to give an opportunity for young residents to purchase their first house, but only according to their economic capacity,” the AMCM represntative added.

Ms. Lau also underlined there were already requirements in place to make sure mortgage receivers have the capacity to repay their mortgage, with monthly mortgage repayments demanded by banks not allowed to exceed 50 per cent of the recipient’s monthly income.

The measures will be enforced at the same time as the recently approved law proposal to increase stamp duties to multiple housing property purchases, which is yet to be published at Official Gazette.

The new ratios will also be applicable to mortgage loans on-going evaluation on the day or afterwards of the new measures implementation.