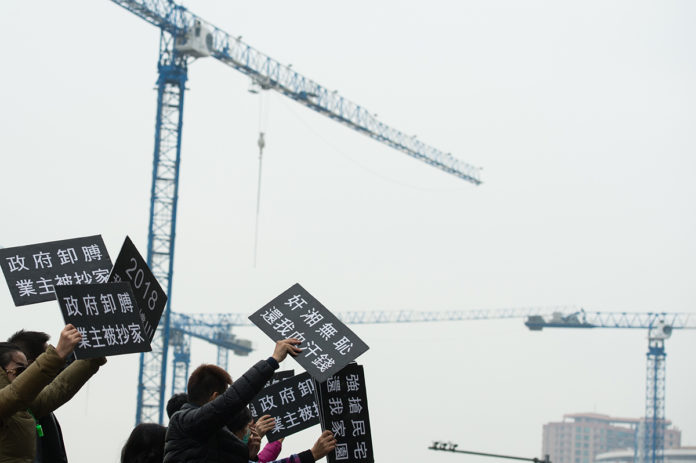 Macau (MNA) – The accusations made by the president of the Association of Owners of Pearl Horizon, Kou Meng Pok, stating that the government of the Macau SAR rejected negotiations offered by Polytex and that it lacked sincerity ‘did not correspond to the truth of the facts,’ the Office of the Secretary for Administration and Justice said in a note released late Wednesday.

The communiqué said that the government ‘has maintained, with the utmost sincerity, dialogue and communication with the parties involved.’

On Wednesday, Mr. Kou led a group of Pearl Horizon owners, gathering outside the Office of the Chief Executive (CE), to submit a petition, as informed by MNA.

The Office of the Secretary for Administration and Justice per the government release also reiterated points previously announced after a trilateral meeting was held on January 6.

According to the note, it said that during the meeting in early January owners expressed their expectations of receiving their apartments as defined in the original plan, while the developer showed confidence in the legal process and stated it would assume full responsibility with the buyers until the end.

The government also claimed again yesterday that it already has a project for the future use of the Pearl Horizon site but will not release further information until the final judicial decision has been taken in order to protect ‘the interests of small owners.’