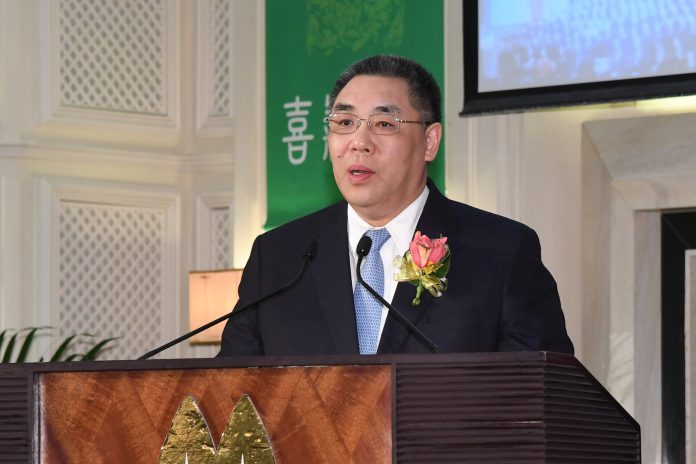 “On the question of national security, there is only duty towards ‘one country’, without distinction of ‘two systems’, which reflects our firm sense of love for the nation and the country,” said Fernando Chui Sai On.

“We must understand clearly that the better the country is, the better Macau will be,” he said at the opening of the first National Security Education Exhibition on Sunday.

According to the head of the executive, the ‘Law on the Defense of State Security’, drawn up in 2009, gave “effective compliance with the constitutional responsibility for the defense of national security enshrined in Article 23 of the Macau Basic Law”, according to a communication from the Media Communications Office (GCS).

Article 23 of the Basic Law stipulates that ‘the Macau Special Administrative Region shall, by itself, produce laws prohibiting any act of treason, secession, sedition, subversion against the central People’s Government and subtraction of state secrets, ‘as well as laws prohibiting foreign political organizations or associations from engaging in political activities ‘ in Macau.

At the same time, the Secretary for Security Wong Sio Chak, defended that this law “existed in the past simply as a legal framework, without regulation of procedures, nor determination of the executing entity.”

For this reason, the executive will elaborate diplomas for “complementary regulation,” he added.

According to today’s issue of the South China Morning Post, Chinese authorities have expressed concern about the non-application of Article 23 in the Hong Kong Special Administrative Region.

Wang Zhimin, the director of the Central China Liaison Office in Hong Kong, accused the region of being “the only place in the world without national security legislation,” the newspaper said.

“The radical independence activists have come to challenge our national sovereignty,” Wang Zhimin said, accusing them of not doing so in Hong Kong as they “flee to Taiwan and abroad to join anti-Chinese forces” , denounced.

This situation does not occur in Macau, as the region “created the ‘Law on the Defense of State Security’, which established an important protection for the system of defense of sovereignty, security and national development,” said the Director of the Cabinet of China’s Central Government’s liaison with Macau, Zheng Xiaosong, at the opening of the exhibition, according to the same statement.