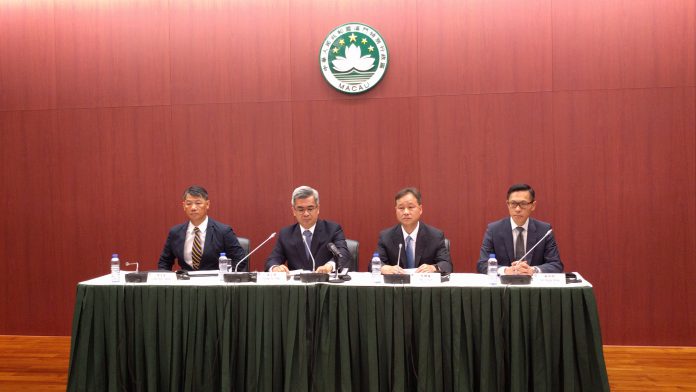 Macau (MNA) – The number of uncovered imprisonment cases by loan shark groups in Macau has dropped significantly by 43.8 per cent year-on-year to 59 cases during the first three months of 2018, the Secretary for Security, Wong Sio Chak, said during a press conference on Monday.

According to the data provided during the press conference today addressing the number of different cases recorded and works performed by the security departments for the first quarter, the majority of victims as well as suspects of the aforementioned imprisonment cases were not local residents.

Meanwhile, official data revealed that the number of criminal cases of exchanging counterfeit currencies has registered a drop of 48.4 per cent year-on-year to a total of 49 cases.

The Secretary claimed that increased proactive investigations performed by the police during the first quarter have “effectively cracked down on gaming-related crimes and prevented their impact upon the community.”

Wong pledged that the security department will continue to implement the combination of proactive policing and initiative intelligence in monitoring the development of gaming-related crimes, with the police to continue performing large-scale patrolling and unannounced inspections of casinos.

Among the infringement cases, 1,192 were related to overcharging, 436 involved drivers refusing to carry passengers and 47 cases were illegal taxi operations.

In general terms, a total of 3,547 criminal cases were recorded during the first quarter, up 1.7 per cent year-on-year.