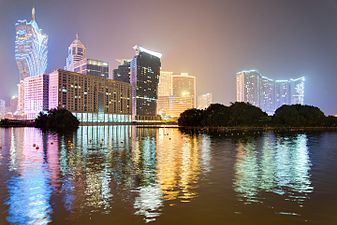 Forecasts for 2022 in Macau seem to be shaped by doubts and consensus with regards the city’s core industry, according to experts. The doubts concern whether the gaming concessions tender will move ahead next year, while the consensus signals virtually an end to the city’s junket VIP gambling model.

Gaming expert Carlos Lobo was an advisor to the Macau Government who participated in the drafting of the gaming law and in 2001-2002 was a member of the commission for the first international public tender to award the concessions. Will the new tender take place on time for the expiry of the current six casino concessions and sub concessions in June 2022?  “It will be almost impossible”, Mr Lobo stresses.

But if it happens, he adds, “it will undoubtedly be the event of the year”, because, “just like in 2001-2002”, the tender “will determine what Macau will be in the next two decades”.

One thing seems certain: “By 2022, the eradication of the ‘junkets’ system’ is more than likely”.

There are plenty of reasons, he stresses, exemplifying: the fact that the granting of credit to gamblers has their days numbered in Macau and the constraints that fall on operators due to the “black cloud that hangs over this system in relation to compliance with legal obligations”.

After all, no casino “can afford to operate in a system that the Chinese central government itself has come to say acts illegally”, with “the biggest of which is allegedly involved in criminal activities”.

Like Carlos Lobo, local economist José Sales Marques doubts that the  tender will advance next year, not least because “an extension of the current  concessions would allow it to be launched in a different situation” than the one created by the pandemic, of general economic crisis and unprecedented losses for casinos .

But, if that happens, there is a belief that stands out: “The model on which the game was based, of dependence on the VIP market, will certainly change”, which translates into “the need to attract the mass market, (… ) a more hybrid market, whose profile will not be 100% gaming”.

The issue of credit to players, he emphasizes, is another clear message from Beijing, in line with the great motivation of China, “which is tightening the game to control the outflow of capital”.

A main drive of economic diversification is set to be the newly launched Guangdong-Macao In-depth Cooperation Zone in Hengqin.

It is a crucial process that will need some time to grow substantially, Mr Sales Marques notes.

Authorities state that the project is essential to lessen the reliance on the gaming industry, which in the pre-COVID period accounted for 55 per cent of GDP and 80 per cent of the SAR’s revenues. The aim is to prioritize investment on industry development on big health, Traditional Chinese Medicine, high-tech and financial services among other sectors.