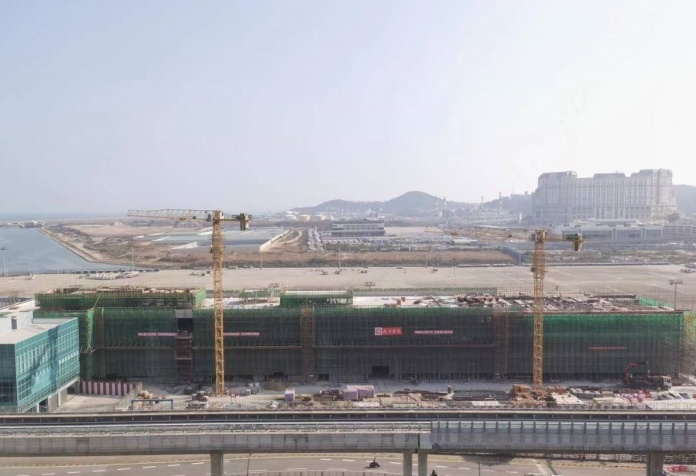 Construction works on the main structure of the Macau International Airport (MIA) Passenger Terminal Building South Extension has been completed and the entire project is estimated to be finished in the last quarter of 2021, the company responsible for operating the airport announced today (Wednesday).

After its completion, the annual passenger handling capacity of MIA is expected to increase from 7.8 million to 10 million.

The expansion project initiated in March 2020 is being carried out by Nam Fong Construction & Real Estate Co., Limited with about 40 per cent of the project completed.

The first development phase of the local airport aims to improve its passenger capacity of 11 million, the baseline forecast traffic for 2025, while the second phase could accommodate up to 15 million passengers, the demand level projected in 2033 and 2041.

Local authorities also plan to turn part of Taipa Ferry Terminal in Cotai into a second terminal able to handle 1.4 million passengers a year by 2021 and connected to the airport by a fenced-off corridor.

The Macau international airport expects to receive 3.8 million passengers in 2021, some 40 per cent of the amount reported in 2019 before the pandemic.