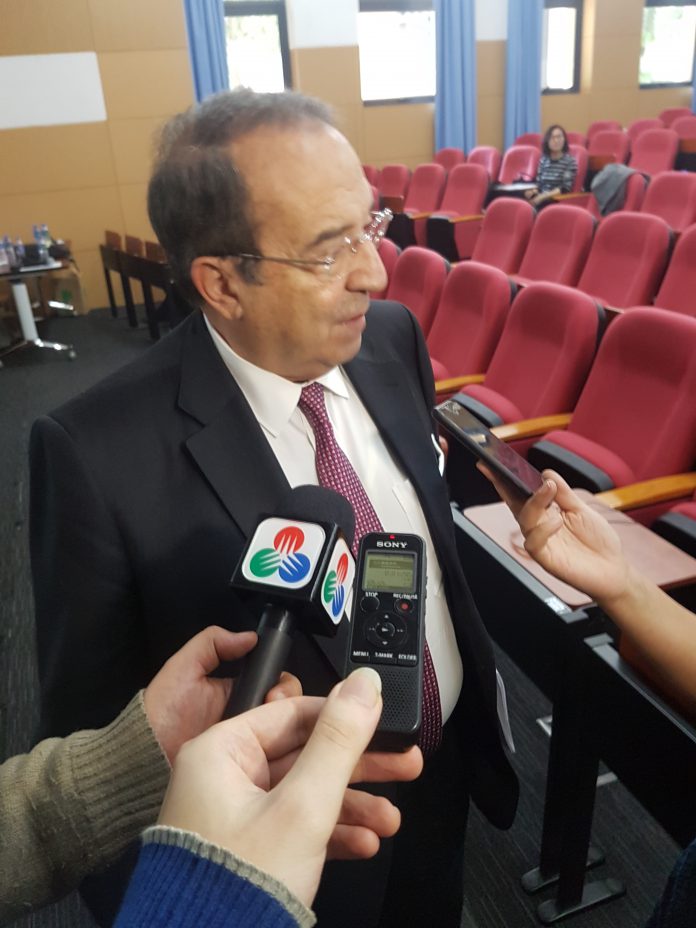 Macau (MNA) – The president of the Macau Lawyer’s Association, Jorge Neto Valente, was re-elected to his position for another two years, with 242 association votes.

Lawyer Frederico Rato was re-elected to the Superior Council of Macau Lawyers (CSA) with 246 votes.

A total of 256 members have voted, although remaining votes, other than the ones detailed above, were voided due to irregularities in the voting procedure.

Valente had headed the AAM unopposed since 1995, with the exception of this year – when lawyer Sérgio de Almeida Correia announced he was running for the position in September.

However, Mr. Correia had not formalised his list of candidates prior to the candidacy submission deadline, with the lawyer stating in a strongly-worded letter that Valente had made ‘series of declarations’ and an ‘attack on my person and my practice’ he believed to be designed to discredit him in the eyes of his peers and ‘which generated in the spirits a climate of fear regarding the intentions of my candidature’.

Valente had criticised Correia’s candidacy that could stir up anti-Portuguese sentiment among the Chinese AAM members, adding that a Chinese candidate would be more suited to head the association in 2020.

An electoral list co-signed by 200 lawyers, half of whom are AAM members and with a candidacy to maintain Rui Cunha as the head of the Supervisory Board and Phillip Xavier as president of the General Assembly, was presented by Mr. Valente.