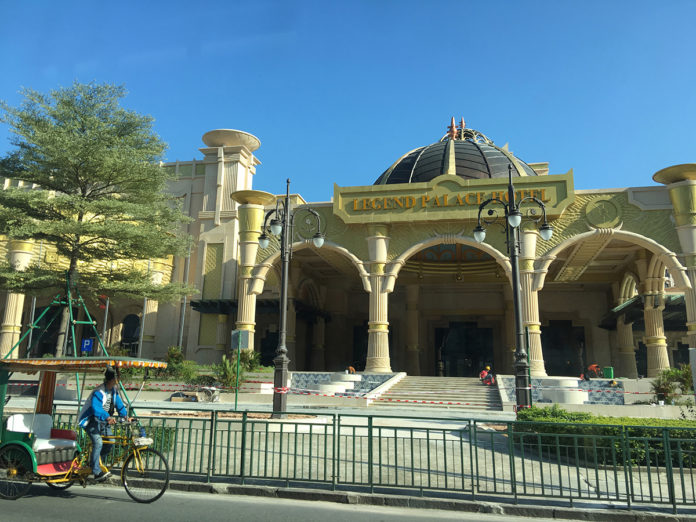 Local gaming services firm Macau Legend Development Limited has reported a net loss of HK$486 million (US$61.9 million) in the first half of this year, with the group’s revenue standing at HK$543.8 million, an increase of 3.1 per cent compared with the HK$527.4 million recorded in the same period last year.

According a stock filing, Macau Legend recorded a net loss of HK$486 million for the first half of this year, with the total net current liabilities of the group to be some HK$3,249 million as of the end of June 2022.

The group’s total bank borrowings amounted to HK$2,373 million, of which HK$237 million will be due for repayment within the next 12 months from the reporting date, while its cash and cash equivalents amounted to HK$66 million as of June 30, 2022.

Macau Legend has been operating two satellite casinos at Macau Fisherman’s Wharf – Babylon and Legend Palace – through a service agreement under the gaming concession of SJM Holdings Ltd.

The gaming company stressed in the financial report that they are monitoring the developments with respect to the Macau government’s concession re-tender process, adding that “the failure to renew the concession agreement by Macau
government with SJM and therefore the failure to renew our Service Agreement withSJM would have a material adverse effect on the Group’s business, financial condition, results of operations and cash flows.”

Any interested parties can submit their bids by 5:45 pm tomorrow (September 14), including the relevant documents and a deposit of at least MOP10 million (US$1.25 million).

The latest financial report also indicates that the “existence of material uncertainties” may “cast significant doubt over the group’s ability to continue as a going concern”.

Therefore, the bank borrowings of HK$2,136 million have been reclassified as current liabilities in the company’s consolidated statement of financial position as of June 30, 2022.

Macau Legend said in the statement that they have been actively negotiating with the banks to further amend the covenants and/or grant further waivers to the group from compliance with the covenants and have undertaken various mitigating measures to manage the current business environment.