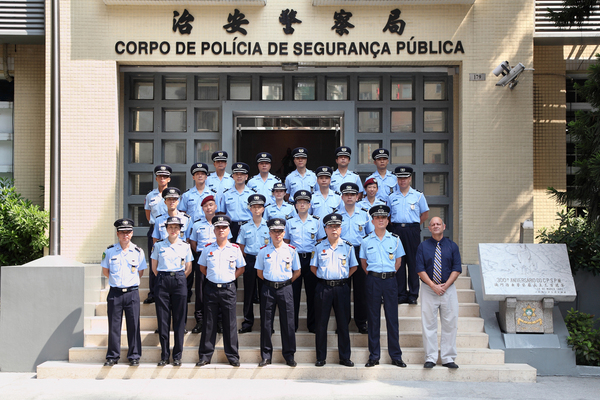 Macau (MNA) – The Legislative Assembly (AL) has approved a bill for the revision of the law for the organisation of the Public Security Police Force (PSP), with legislators asking authorities to reinforce benefits for police officers as well as the oversight of infractions by officers and their superiors.

Authorities have justified the revamp based on the increased pressure on police authorities due to the higher number of people visiting the city and crossing its border checkpoints every day.

“There’s more pressure in customs and more traffic; demands are higher for our officers. We have seen a peak of entries and exits in border gates, just in Gongbei Border there were some 460,000 exits and entries in one day […] With the Hong Kong-Zhuhai-Macau Bridge and the Qingmao Border, there will be more need of personnel,” the Secretary for Security, Wong Sio Chak said at the plenary.

Of the 28 legislators that took part on the AL plenary session today, 26 voted in favour and one abstained, with Sulu Sou Ka Hou the sole legislator to vote against the proposal, stating that the bill should be an “opportunity to revise the oversight of PSP.”

The same concerns were voiced by legislator Agnes Lam, who considered that if the PSP competencies will be extended there was also a need to adjust and reinforce their oversight. According to the legislator, some 121 complaints were sent to the PSP Disciplinary Council with only eight cases meriting a follow-up.

The Secretary for Security noted that authorities would be open to expanding the competencies of the Disciplinary Council in the future.

“Complaints received are investigated and submitted to the Discipline Council to make a decision. […] [The bill proposal gives] directors more responsibility, the decentralization of competencies allows more flexible work in terms of supervision. There is no lack of supervision,” the Secretary indicated.

“I’m not saying one or other officers’ behavior, but the responsibility system of the commanders and heads. There are many complaints submitted to the justice and disciplinary council. In some instances police departments have not archived cases and some criminals have been delivered to Mainland China,” the legislator said.

Some legislators were also worried about the possible overload of on work police officers that would incur with increased powers with training of future officers yet to take its time.

“We can see all officers are working a lot. […] The government says the administration will be simplified, but [there’s a] need of increasing personnel at the same time. So we see that police officers have to pass first training. In procedural terms this is a necessity, but can we simplify this stage?” legislator Song Pek Kei stated.

One of the law’s proposals, that police service needs be constant, with officers having to work more than 44 weekly hours when necessarily mandated to do so, raised the issue officers wouldn’t be provided with enough rest, especially in special circumstances, such as natural disasters.

“Officers already receive a remuneration and have the right for 100 index points for extra work. […] Judiciary Police (PJ) officers a lot of time have to chase suspects, investigate, and lot of times don’t have enough rest, PSP officers are a bit different, but they have the right to benefits,” the Secretary indicated.