“The Association is a non-profit,” Mr. Kwok told Macau News Agency (MNA). “We created the Association to give our suggestions on gaming related law in order to assist the government to improve gaming-related policies.”

Mr. Kwok said that the involvement of legislator Zheng in the Association creating a conflict of interest was groundless, arguing that other legislators are involved in different research groups, such as Chief Executive-appointed legislator Davis Fong Ka Chio, head of the Institute for the Study of Commercial Gaming.

“Before, the Gaming Inspection and Co-ordination Bureau (DICJ) had approached the Macau Junket Association for some advice but we did not receive any remuneration for giving the advice,” said Mr. Kwok.

“I don’t understand why there is this concern about a conflict of interest.”

Kwok revealed that the Association is still in its preliminary stage of establishment, hence the number of members joining is unavailable.

Lawyer Daniel Chio Song Meng also confirmed that a suggestion made by an Association with the involvement of a legislator “would not create any conflict of interest”.

Chio said the Association could make biased suggestions but should not produce any conflict of interest.

First reported by Hoje Macau, the objective of the Association states in the Official Gazette that its remit is to support the Macau SAR’s ‘one country, two systems’ and the city’s Basic Law; dedicate itself to Macau’s gaming policymaking and gaming-related legal development; promote academic exchange between local and overseas gaming experts by holding related events, forum and talks.

Other purposes include to conduct studies for gaming policymaking and legislation; collect, issue, report upon and evaluate Macau’s gaming development data; and advertise any useful information in any kind of newspaper, publication, book or other material. 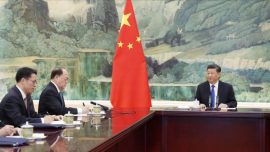