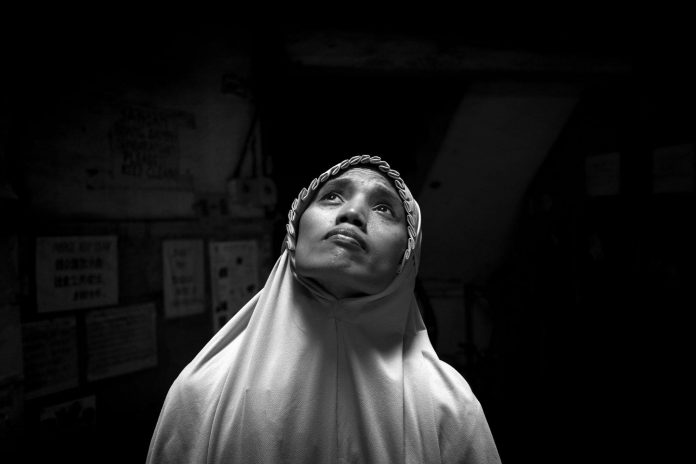 The photographer recently worked in a British newspaper The Guardian report, in which the lives of local residents suffering from financial difficulties are contrasted with the gaming and tourism development surrounding them.

For Pinheiro – a photojournalist whose photography works delves mainly in documentary or travel photography – showcasing these contrasts gained even more importance after an announcement by the International Monetary Fund (IMF) predicting that by 2020 Macau will surpass Qatar as the country with the highest gross development product (GDP) per capita in the world.

“Macau will always be a city of antagonisms and of differences, of casinos and luxury but also of zinc roof houses, of poverty and riches. That’s what needs to be shown, that there is a another side of the city with people that need to have their voices heard,” the photographer told MNA.

“It’s easy to say the average wage is MOP15,000 (US$1,858) or MOP20,000 when in reality the city’s fringe residents, Indonesians, Filipino, Vietnamese, which are very important and make the city move, receive much less”.

The social issues that are normally the focus of Pinheiro’s camera lense also include problems generally hidden from society’s view, such as drug addiction and gender discrimination, which like extreme poverty, are pervasive not just to migrant workers communities but to Chinese communities and families.

The sensitive nature of such issues also makes it harder to obtain access and permission from people to document it, obstacles Pinheiro had already encountered while preparing a previous work focused on homeless people who seek help in a shelter by local charity organisation Caritas Macau.

“It’s not easy to reach these problems, they either don’t want to show their face or are afraid of suffering any consequences. Many justifications are given for the access to these issues be complicated. It takes time and sometimes works have a fixed deadline,” the locally based photographer added.

For The Guardian piece that deadline was fixed for one week, with Pinheiro taking some 500 pictures, of which 100 ended up being edited and 50 sent to the newspaper.

According to the photographer, Chinese families facing difficulties tend to be harder to convince to agree in being photographed than non-residents, due to stronger cultural issues of losing face.

“Contacting Caritas is easy but then getting permission from people to have access not really. For the work on poverty I did I went to the shelter many times without a camera to try and charm people but it’s not easy,” he added.

Pinheiros as been living in Macau for the past 8 years and is currently photography coordinator of the Portuguese edition of Macau magazine and multimedia journalist and editor for Plataforma Media, an online news project under the Global Media Group.

[Top photo: Ratna Khaleesy, 39, is a muslim Indonesian woman living and working in precarious conditions in Macau, one of the richest cities in the world. She is a migrant worker who is employed as a domestic helper for a local Chinese and one of the few people who agreed to show her face. GONÇALO LOBO PINHEIRO/THE GUARDIAN]