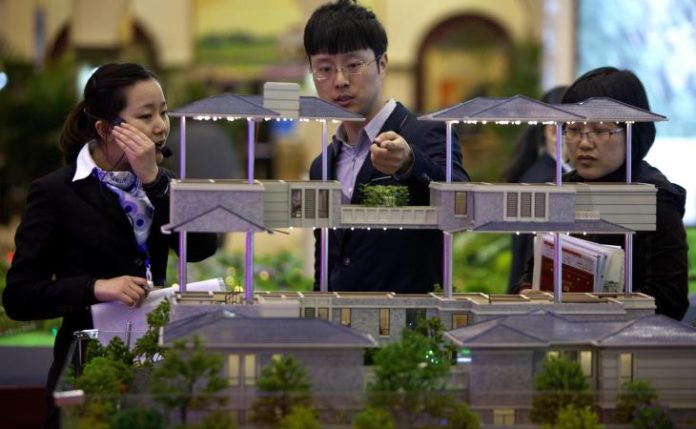 Macau (MNA) – According to comments made to Macau News Agency (MNA) by the CEO of Juwai.com, a Chinese platform for buyers of overseas properties, the best available estimates indicate that Mainland Chinese account for more than half of property buyers in Macau.

“Juwai data shows that, while Macau is a very small market, Chinese buyer interest was higher overall in 2018 than in 2017. In October, Mainland Chinese residential property buyers made more than twice as many buying enquiries as in the same month in 2017,” Carrie Law told MNA.

In the third quarter of 2018, there were 3,945 real estate purchases and sale contracts signed, while the number of properties involved rose by 11.9 per cent quarter-to-quarter to 4,188, data from the Statistics and Census Bureau (DSEC) indicates. No information on the buyers’ nationality is provided.

“For Mainland Chinese, the ability to own freehold real estate is very appealing. It makes them feel more secure in their investment,” the Juwai.com head told MNA.

According to Ms. Law, for people interested in a safe place to invest outside of China but still not too far from the Mainland, Macau is an obvious choice.

“It’s just as close as Hong Kong but less expensive. The planned infrastructure investments and strong economic growth make the outlook for appreciation generally good […] Like Hong Kong, Macau suffers from an acute shortage of land, which supports prices and puts a floor under possible market downturns,” she added.

However, for Ms. Law, Macau is considered to be more affordable for Chinese investors with property still considerably cheaper than in other Chinese cities and in Hong Kong.

“In Macau, payback on average takes 19 years, compared to 29 years in Guangzhou and 38 years in Hong Kong,” she stated.

According to the Juwai.com CEO, fears of a long-term economic downturn after the crackdown on corruption by Chinese authorities initiated in 2014 were “misplaced” since the local gaming industry is “thriving” and the city is slowly rebalancing towards becoming a “more balanced tourist destination,” with integration into regional infrastructure projects helping diversify and boost the economy.

“The Hong Kong-Zhuhai-Macau Bridge should bring growth to the hotels, casinos, and the retail sector as an influx of tourists spend their money. The bridge will make the city more attractive to investors and could help drive price rises that bring Macau closer to average prices in Hong Kong,” she stated.

Ms. Law considered that, although Macau’s economy can be volatile because of its dependence on gaming, casinos still earn more than US$3 billion (MOP24.1 billion) in revenue per month, with The Economist Intelligence Unit still forecasting a 4.9 per cent economic growth for the Macau SAR in 2018.

Macau currently has the fourth highest gross domestic product (GDP) per capita in the world at US$111,600, better than Luxembourg, Switzerland, Singapore, and Bermuda.

“If you look forward 10 to 20 years, Macau should be in an even better economic position. Rapid economic growth plus a shortage of land equal price appreciation,” she told MNA.

According to Juwai.com, the platform reaches more than 3.1 million Chinese-speaking monthly users and showcases 2.8 million listings from 90 countries, with the company being headquartered in Shanghai and Hong Kong.