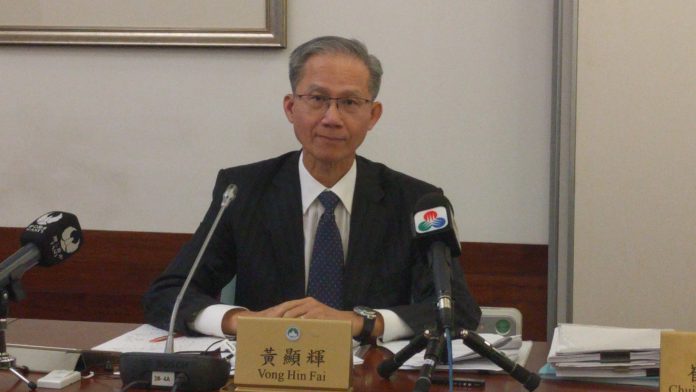 Macau (MNA) – The majority of members of the 3rd Standing Committee of the Legislative Assembly (AL) agree that only Chinese judges or prosecutors should handle cases linked to national security matters, the chairman of the committee, Vong Hin Fai, said on Monday following a meeting discussing the revision of the Judiciary Organisational Framework Law.

The bill passed its first reading earlier this month and is currently undergoing detailed deliberation by the committee.

In contrast to a few committee members who oppose the related Article, Mr. Vong said the majority of members believe the regulation does not violate the Basic Law or affect judicial independence.

He said that legislators who object to the Article argued that the Basic Law does not specify that national security cases must be heard by Chinese judges or handled by Chinese prosecutors.

During the meeting, the committee also raised questions regarding the technical terms for appointing Chinese judges or prosecutors to cases.

Vong said that the committee has requested the government to clarify the matter.

Members of the committee have also asked how judges or prosecutors would be appointed, enquiring whether the appointment would be done via lucky draw or other methods.

The questions and requests for clarification raised during today’s meeting are supposed to be answered during the next meeting, said the chairman.