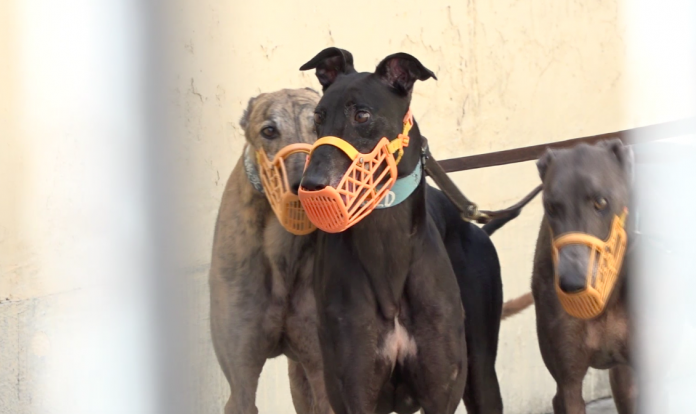 The numbers advanced by animal protection group Anima – Society for the Protection of Animals are viewed with apprehension by Albano Martins himself, who, however, remains optimistic in a happy outcome for the dogs saying that “starting from next week, 20 animals will start to go out for adoption each week”.

Of the 404 greyhounds to be adopted, Martins admitted that this would not happen “under normal conditions” and that many will have to receive veterinary treatment at the host sites.

For now, the activist emphasized, there is no other alternative under the current scenario, “otherwise, they will all die in these miserable conditions!”.

Two dozen animals per week are scheduled to depart to owners in the United States, Hong Kong and Macau by the end of the year and starting from January to host centers in Europe and, at a later stage, in Australia, according to the activist.

The greyhounds case in Macau has dragged on four months ago, when the canidrome closed its doors, and with the Macau (Yat Yuen) Canidrome Co. Ltd was accused of abandoning 532 dogs by the Macau authorities.

The Civic and Municipal Affairs Bureau  (IACM) has threatened the company with fines of up to MOP53 million (US$6.5 million) but so far no sanction has been awarded.

“The company [Yat Yuen] will be fined in accordance with the Macau Animal Protection Law. The company has already been notified and the amount of the fine is still in the decision phase, “the IACM said in response to Lusa.

On July 21, the IACM had already stated that “the non-reclamation [of the greyhounds] by its owner within seven working days equates to animal abandonment ” and the abandonment of each dog is “sanctioned with a fine between MOP20,000 and MOP100,000”..

Less than a week after the closure, Yat Yuen committed itself to building an International Greenhouse Retreat Center, unique in the world, with an annual budget of up to 1.59 million euros.

“There is no center in the world like this,” said Martins, after the signing of the agreement with Yat Yuen, which he said was “destroyed” on October 6, when the IACM rejected the company’s intention to rehome temporarily the greyhounds, justifying the decision by the lack of conditions of the proposed spaces.

This position of the authorities of Macau ended up causing the president of Anima to resign from the position.

Moreover, this process has seen episodes such as the ban on the entry of volunteers into the canidrome and the dismissal of another animal rights activist, cases that illustrate the institutional turbulence that has marked the management of the dossier.

According to the accounting released today by Anima, ten greyhounds died since they were abandoned at the canidrome and 68 were adopted.

According to the IACM, which confirms the existence of 454 greyhounds on the premises, between October 15 and November 20, some 49 greyhounds were sent for adoption in the United States.