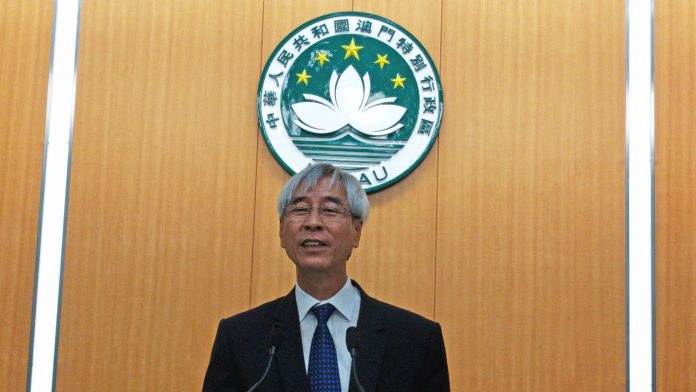 Macau (MNA) – The Macau SAR Government will establish a committee chaired by the Chief Executive (CE) and comprising Secretaries and other Bureau heads for national security purposes, the Executive Council announced on Monday.

An affiliated office for the aforementioned committee will also be established to provide assistance, according to government spokesperson Leong Hing Teng, with regard to the related by-law proposal.

Today’s by-law was proposed following a previous statement by the Office of the Secretary for Security proclaiming the necessity of enhancing the National Security Law by introducing complementary legislation.

The current proposal states that the function of the committee is to provide co-ordination for the government in protecting ‘national sovereignty, security and development.’

The committee will also conduct studies related to national security in order to provide suggestions for policymaking, including legislation, but Leong emphasised that the committee would not be a body executing any policy or law.

He also disclosed that the committee will hold half-yearly meetings.

With regard to the affiliated office, to be headed by the Secretary for Security and the head of the PJ, Mr. Leong explained that it will follow up on the execution of decisions made by the committee, as well as co-ordinate with government departments and other entities in making and executing national security-related law.

The spokesperson stressed that no extra human resources or budget will be needed to establish the committee and the office.

Indicating that the PJ will provide personnel support, Mr. Leong also confirmed that the PJ’s recent advocacy of expansion has no connection with the establishment of the committee or the office.

The proposal states that the committee and the office will be established 30 days after the by-law announcement today.

“Many [national threat-related] cases, as have happened in other places, proves that it is important to be alert to dangers even in times of calm,” said the spokesperson in response to the reasons for setting up the committee.