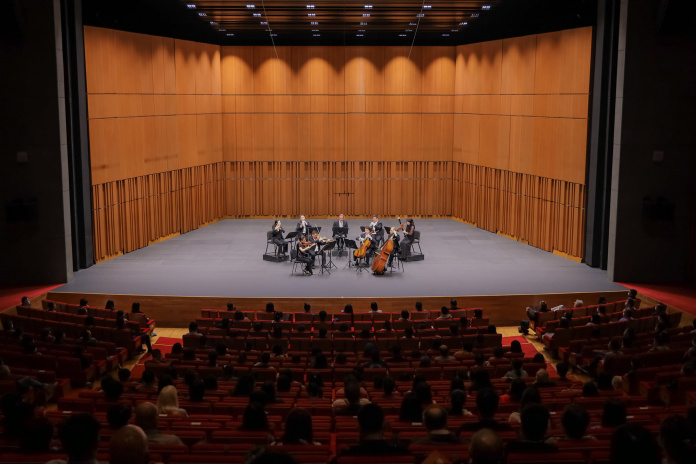 According to the IC, the two orchestras will be separated from its purview from February 1 and operate as a ‘public capital enterprise’ afterwards so as to achieve its ‘long-term sustainable development’.

‘The constitution of the new company for the two orchestras is in the process of implementation, and the respective works are expected to be concluded before February 1.

According to a member of one of the orchestras consulted by MNA – and who chose to remain anonymous – the decision will impact between 20 to 30 musicians employed in the orchestras who are currently left in “limbo awaiting some form of information as to the future”, including long-time serving Music Director and Principal Conductor of the Macao Orchestra, Lu Jia.

The musician noted that while “Macau residents have been compensated for the breach of contract” non-resident musicians have been asked to wait to be transferred from the IC to a new privately run entity yet to be formed.

“Blue card holders have been ignored as always here and have no information as to what will happen […] They say that if by February 1st the transfer is not complete we have to wait, not work and not get paid. We have not been informed properly about anything,” the musician told MNA.

According to the source, the decision to take the orchestra out of the IC’s hands was first revealed two years ago in a meeting with former Director Mok Ian Ian, with no further information provided until a final decision was reached by the end of last year.

Mok Ian Ian has been appointed the new president of the Macao Science Centre Board of Directors starting from January 18, after a four-year stint as IC director, with no successor announced yet.

In 1983, Father Áureo de Castro of the St. Pious X Academy of Music and a group of music lovers founded the Macao Chamber Orchestra, which was extended into an orchestra with double winds in 2001 and renamed the Macao Orchestra.

The orchestra was later extended into a small-to-medium-sized orchestra of around 50 outstanding musicians from more than ten countries and regions, with Lu Jia commencing his tenure as Music Director and Principal Conductor in 2008.

Meanwhile, the Macao Chinese Orchestra, established in 1987, is a professional orchestra that usually presents traditional Chinese music, with a focus on fusion and integration.

The last concert by the Macao Orchestra under IC management was held on January 22, a performance of the works of the German composer, Felix Mendelssohn.

“Not one member of the cultural bureau was there let alone any ceremony to show any appreciation for the work he has done and of course that of the musicians”.

May 26, 2022
Former US president Donald Trump said Wednesday he will still address a convention of the...
Load more