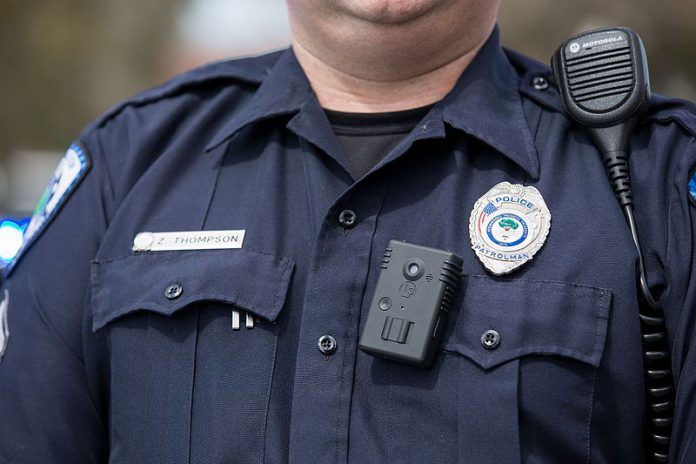 “One of the useful aspects of this equipment is that it acts as a control on individual officers. If an officer knows he’s got something that is going to record its interaction with people than it is likely to change his way of dealing with the public. It also creates better police and public interaction if all parties are aware there’s a recording being made,” James Langton told Macau News Agency (MNA).

Since yesterday some 100 police station agents and special patrol groups in the Macau SAR have been using cameras on their uniforms, with police authorities stating the measure will allow better data collection and monitoring of incidents.

According to the security expert, the technology had been “very useful” in the United States and the United Kingdom, especially in reducing the number of “frivolous” types of complaint against police officers that usually arise from confrontations with the public in public order events.

Mr. Langton – who worked for the Hong Kong police and government for more than 30 years – mentioned that Cambridge University studies seemed to show that the awareness created by ‘body cams’ led to reduced abusive behaviour towards police and unnecessary use-of-force by police.

The year-long Cambridge University study followed some 2,000 officers across UK and US forces, and suggested that the introduction of wearable cameras had led to a 93 per cent drop in complaints made against police by the public.

Mr. Langton also stated footage from body-worn cameras has been “extensively” used as evidence in court trials. However, the security expert admitted some use of the devices “raises concerns” in regard to personal liberties, with the issue also being raised when it comes to the installation of CCTV cameras on police vehicles, which are widely used across the UK.