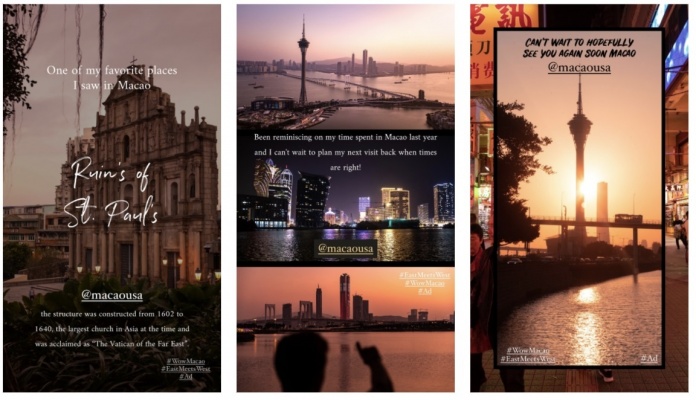 The Macau SAR was awarded three Gold Awards and one Grand Award for marketing, sustainability and social responsibility at the PATA Gold Awards 2021, organized by Pacific Asia Travel Association (PATA).

The list of this year’s PATA Gold Awards winners was announced today (Wednesday) in an online live ceremony, with the Macao Government Tourism Office (MGTO) representative office in the United States receiving the PATA Grand Award in Marketing for the initiative “Dream Now and Travel Later”.

Melco Resorts & Entertainment was awarded with a PATA Gold Award in the category of Climate Change Initiatives for its “Above & Beyond – Melco’s Sustainability Strategy”, aimed to help the tourism operator achieve carbon neutrality and zero waste across its resorts by 2030.

Galaxy Entertainment Group received a PATA Gold Award for Culture (Traditional Performance and Visual Arts) with its initiative “Promoting Cultural Tourism through our Foundation” that emphasizes local arts and cultural development in order to cultivate the next generation’s interest in exhibitions, the arts and cultural traditions.

PATA Gold Awards 2021 received a total of 114 entries from 51 organizations and individuals worldwide, including 12 from Macau, with the winners selected by an independent judging committee of 18 personalities from around the world.