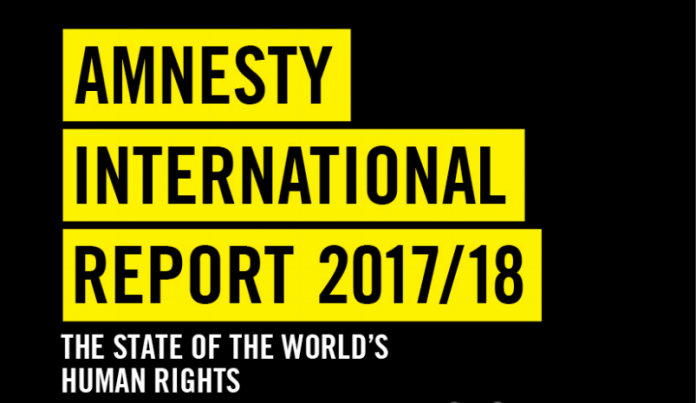 Macau (MNA) – The Macau SAR has been mentioned in the Amnesty International Report 2017/18 for the blocked entry of Hong Kong journalists and the suspension of local legislator Sulu Sou Ka Hou.

The report mentions the decision by the Macau Government to prevent the entry of four Hong Kong journalist in August 2017 who intended to report on the destruction caused by Typhoon Hato.

This decision has also been criticised by local associations such as the Macau Portuguese and English Press Association (AIPIM) and has been included in the International Federation of Journalists annual China Press Freedom Report for 2017.

There was also a reference to the arrest on 19 March of Lee Ming-Cheh, the manager of a Taiwan NGO detained by Chinese state security officers upon entering Mainland China from Macau