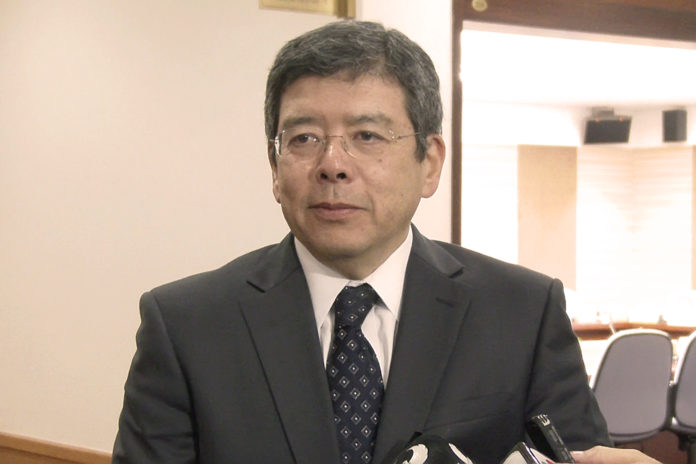 Macau (MNA) – The Secretary for Transport and Public Works, Raimundo Arrais do Rosário, said this Thursday he agreed with the decision made by the Transport Bureau (DSAT) to temporarily suspend all part-time bus drivers after a fatal accident on January 10.

On January 10, a 67 year old woman was killed in an accident involving a bus from local company New Era Public Bus Co. Ltd., which was driven by a part-time employee.

‘The Bureau asked the bus companies to immediately review the existing safety management system and submit an improvement plan as soon as possible,’ the DSAT stated.

According to the Secretary, although it is agreed that bus drivers should be experienced, the increased number of people being carried daily by buses had led to the need to hire more part-time and, thus, less experienced drivers.

“Driving a bus requires a lot of responsibility because it’s a very heavy vehicle that carries a lot of people. So, we believe the bus drivers need to be experienced and professional. Our immediate reaction is realising that the driver [in question] had been in the position for a short period of time, something created by the high demand of drivers,” he added.

However, when questioned about the amount of time the suspension would be maintained and if the decision would increase pressure on permanent drivers while affecting daily bus routes, the Secretary only added that the issue is currently being discussed between DSAT and the three public bus companies operating in the MSAR.

“Nobody likes this situation, someone died as we all know […]. We will try to organise a press meeting with the DSAT and the three public bus companies […]. We have a common objective that none of these incidents happens again and we have to find a way to do better,” the Secretary added.

According to the DSAT, there were 778 cases of traffic accidents attributable to bus companies by the end of November 2017, or 1.8 accidents per 100,000 kilometres driven.

There has been a total of 13,597 traffic accidents and eight traffic accident-related deaths between January and November of 2017, the latest Public Security Police Force (PSP) data revealed.