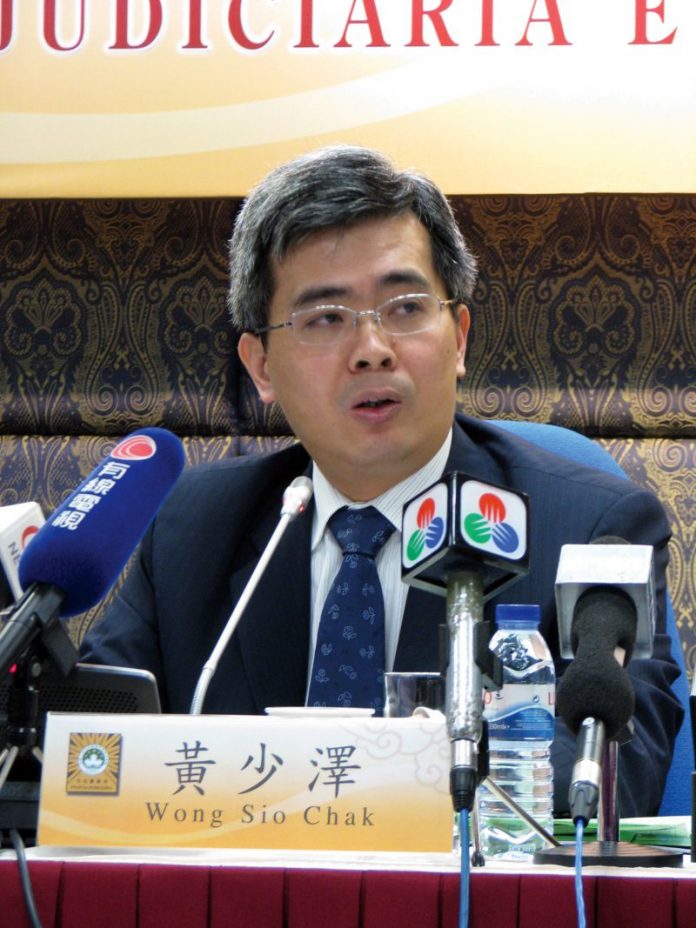 Macau (MNA) – Secretary for Security Wong Sio Chak defended his amendments made to Civil Protection Law, which had concluded its final public consultation on Saturday.

In an exclusive interview with TDM Chinese on Saturday, Mr Wong explained that amendments made to the law for which spreading rumours during incidents classified as emergencies can be punished by imprisonment of up to three years.

“Freedom of speech is meant to protect legitimate facts, not [speech] with malicious intent.” the secretary was quoted as saying.

Wong compared the laws for spreading rumours in France, Switzerland, South Korea, India and the Mainland, adding that he felt that Macau’s legislation was “too liberal.”

In addition, Mr Wong defended the amendment saying it only applies during emergencies and the punishment will only apply if another party had filed a legal case against the individual or institution spreading rumours.

The amendment has drawn criticism from New Macau Association (NMA) and the Macau Portuguese and English Press Association (AIPIM) for curbing freedom of speech.

The Journalist Association of Macau (JA) has also released a statement criticising the amendments in Chinese, calling it a ‘blatant interference in press freedom and editorial autonomy.’

The JA has previously criticised incidents such as when journalists from five media outlets being ordered by high-level officials to report ‘positively’ on the aftermath of the typhoon, which was also highlighted by NMA president Sulu Sou Ka Hou.