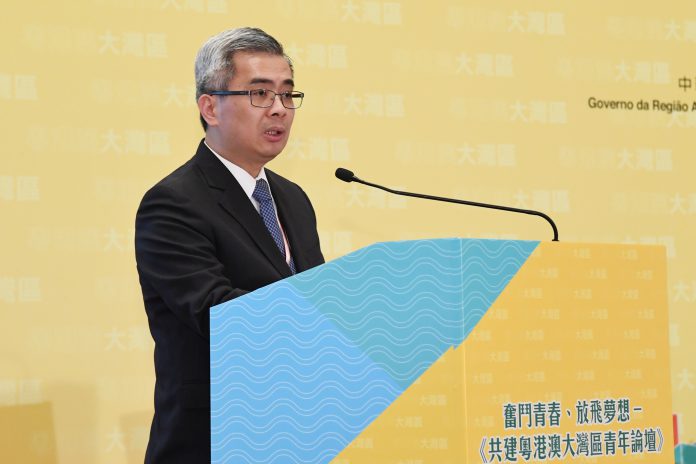 Macau (MNA) –  Macau SAR Basic Law expert António Katchi told Macau News Agency (MNA) that he believes the recent decision to place the Financial Intelligence Office (GIF) under the Office of the Secretary for Security is another example of the increasing “power” of the Secretary in the city.

Created in 2006, GIF is a department responsible for monitoring suspected money laundering or terrorist financing transactions, which until now has been under the portfolio of the Secretary for Economy.

However, a release today in the Official Gazette made it official that starting from October 16 the department will be under the supervision of the Secretary for Security, Wong Sio Chak, with the department having to submit an annual report of its activity to the Secretary.

“This transfer strengthens the Secretary for Security’s power and increases the weight of the Security portfolio itself within the framework of governance,” Mr. Katchi indicated.

As examples of this increase in influence, the Macao Polytechnic Institute (MPI) academic mentioned the recent transfer from the Civic and Municipal Affairs Bureau (IACM) to the Public Security Police Force (CPSP) of the duties concerning demonstrations, namely, the competence to receive, evaluate and approve or deny requests for public demonstrations.

The law expert also noted the recent creation of a local National Security Committee, of which the Secretary for Security is Vice-President and therefore can issue “secret instructions for other public entities, namely, the PSP and the Judiciary Police (PJ).”

“It is, in all likelihood, the embryo of a political police – one begins now with a commission and with a cabinet under his control and then it will soon be seen. All this of course makes the Secretary for Security more powerful,” Mr. Katchi indicated.

According to the academic, the concentration of “many and varied powers” in a given department “carries risks” especially for a department with only one major responsible.

“In the case of a Security body responsible for the more aggressive and repressive side of the Administration, the risks are even greater. In any case, it would be good if the Government explained in detail why it considers that it should carry out this transfer. It is not enough to vaguely allude to administrative effectiveness and efficiency,” he added.

December 8, 2022
Apple on Wednesday said it is beefing up defense of data that users store in...
Load more