Macau (MNA) – Business presentations at the MGS Entertainment Show on Wednesday focused on the eSports sector, highlighting the need to reach a more evolved environment in which the activity can thrive.

With all the local gaming industry eyes set on the eSports sector, the debates on the second day of the MGS show were mainly centred on electronic sports. The massive events attracted the attention of the local operators, however, the main organizers of eSports events in the circuit are linked to specific games and platforms. And this means fragmented audiences.

However, some opinions on the eSports side seem not to see this as a disadvantage. Wang Guan, General Manager of eSports Business for Alisports, the unit of Alibaba dealing with this area, said in his presentation at MGS on Wednesday that “falling in love with more than one game is the best.”

“After 2019, eSports will become part of the normal life,” he added. Alisports is trying to push eSports recognition to a higher level, equal to other physical sports. But one of the main differences between the virtual and the non-virtual sporting universes is the difficulty of engaging with e-fans via traditional broadcasting outlets, AFP said this week.

“Our football stadiums are still sold out – but clubs shouldn’t feel too safe because the crowds are not so young. Traditional sports don’t have to be afraid of e-sports, TV should,” said Tim Reichert to AFP, chief gaming officer at German top-flight football club Schalke 04.

“We’re still at the point we have to educate broadcasters and outside sponsors on how to interact with this complicated audience, because they don’t watch TV and they all have ad blockers,” Reichert told AFP at the Web Summit in Lisbon, a kind of “Davos for geeks” where virtual gaming featured high on the agenda.

“People are afraid of what they don’t understand. There is still a generation that doesn’t know anything about video games. Twenty years ago that was a majority, now it’s 50-50 and in the future there will be less people that don’t understand it,” says Ralf Reichert, founder of Electronic Sports League (ESL), the oldest and largest-scale organiser of e-sport competitions.

In such an environment, the organizers of the events focus their efforts on promoting their own platforms and trying to engage with fans. Zheng Duo, Chief Operating Officer of Chinese eSports company VSPN, said during his presentation on Wednesday that the firm intends “to have the best competitions in the world.” 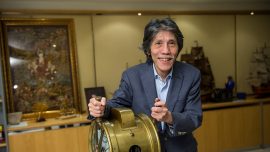 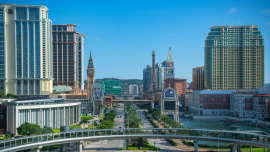