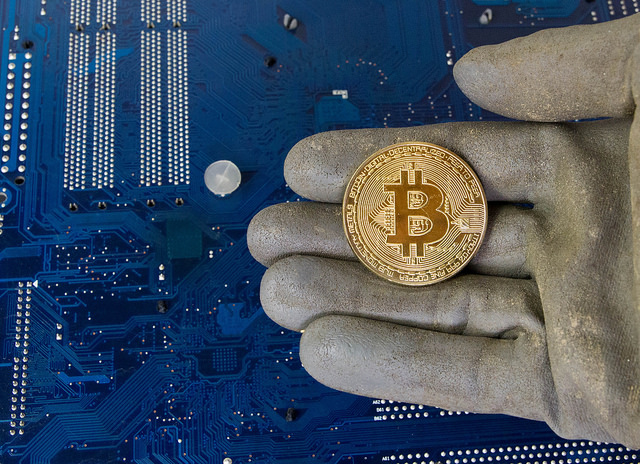 Macau (MNA) – More than seventy Macau residents caught in an alleged scam connected to a Hong Kong-based e-sports and cryptocurrency mining company, have purportedly been cheated out of HK$20 million (US$2.5 million), according to a report on news portal On.cc.

In January of this year the company participated in a seminar held in the office of the Macau Civil Servants Association (ATFPM) in co-operation with local electronic sports association, Grow uP eSports.

At the time, company founder Dennis Lau described the Hong Kong company as an e-Sports and IT supplier founded in 2008, which had embarked upon the cryptocurrency business in the third quarter of 2017.

During the seminar the company told people present that it had established a cryptocurrency mining centre in Hong Kong named Forger CCMS that was supporting its operations and that it planned to develop 40 to 60 mining services to produce a cryptocurrency value amount close to HK$200,000 per month – in currency values registered on January 14, 2018.

Attendants were asked to invest in the project to expand its mining operations, offering fixed returns to investors.

Cryptocurrency mining is a process initially established by cryptocurrency Bitcoin in which transactions are verified and registered in a public ledger technology known as blockchain.

In the press conference held in Hong Kong – headed also by Grow uP eSports President Frederico Alexandre Dos Santos Rosario – it was indicated that on May 15 one of the victims, identified as Mr. Ho, invested a large amount of money – unspecified as a seven figure amount – and that no issues had appeared in the beginning.

However, from July 1 to 7, the company failed to pay the promised fixed returns to its investors, with victims attempting to contact the company owner via WhatsApp.

The company owner dismissed the victims before disappearing.

Some 14 other people have called the police for assistance, while ten made a report to a Hong Kong police station.

Around 142 contracts have been signed, with the victims demanding a return on the principal investment and returns as specified in the contract, an amount exceeding HK$50 million.

Mr.Rosario – also the owner of local financial consultancy company Swordsman Investment Consultancy – told Macau News Agency (MNA) that it has “reported this matter to the HK police and instructed legal representatives with a view to initiating civil proceedings in Hong Kong against Dennis Lau”.

MNA asked Forger Esports for comments on the issue but with no response as at the time this article was published.

MNA contacted the Monetary Authority of Macao (AMCM) about the issue, which responded by saying that it ‘has issued press releases to call the attention of the financial industry and the public [to the fact] that cryptocurrency is a type of virtual commodity which is neither legal tender nor a financial instrument subject to supervision’.

‘Any trading of these commodities involves considerable risks, including but not limited t those relating to money laundering and terrorism financing, against which all participants should remain vigilant. The AMCM has also reminded all the banking and payment institutions in Macao not to participate in or provide, directly or indirectly, any financial services for the related activities,’ the department noted.

The AMCM noted that in cases where institutions are involved in operating regulated financial activities, such as currency exchange, cross-border movement of funds, and providing trading platform for market commodity trading the necessary financial licence should be obtained.

‘The AMCM and Macau Judiciary Police (PJ) have established a robust co-operation mechanism to collaborate in cracking down on illegal financial activities,’ the bureau added.