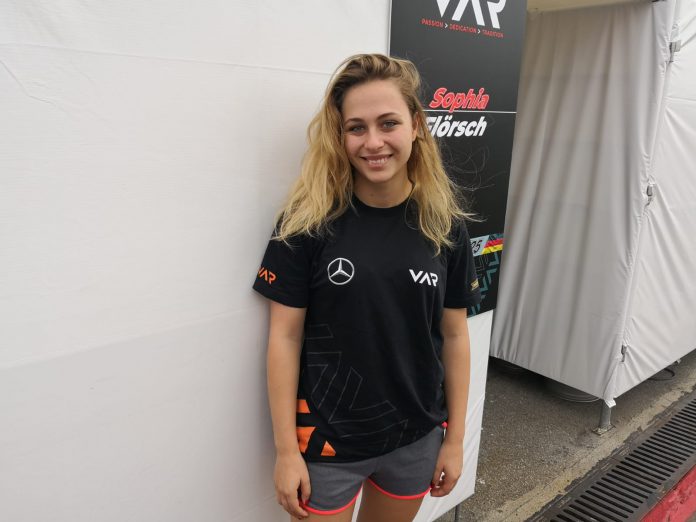 Macau (MNA) – Sophia Floertsch had undergone around seven hours of surgery for a fractured spine which the 17-year-old driver had suffered after a crash on Sunday at the Lisboa bend, it was announced during a press conference held by Conde Sao Januario Hospital.

According to Conde Sao Januario Hospital head of orthopedic surgery, Lau Wai Lit, the surgery was supposed to take four to five hours but needed to be done slowly due to the patient’s age.

Several fractures in the vertebrae was suffered by Floersch, who also suffered from compression in the spine canal.

Lao said that the “surgery was a success” although he was cautious when asked to comment if Floersch would be able to return to the circuit, saying “I think in the future [Floersch] can return to her career, but I cannot guarantee it completely.”

The driver is expected to remain in the hospital for one or two more weeks before being discharged, and will be expected to undergo physical therapy to recover.

Among the other four remaining who were injured, all are in stable condition, with Japanese driver Sho Tsuboi having been discharged from the hospital on Sunday.

The others remaining in hospital include a 34-year-old racetrack staff who is a local, a 25-year-old photography assistant from Mainland China, and a 51-year old Japanese male photographer.

The local race track staff who suffered facial fractures, lacerations on the head, and has undergone surgery in order to recover, which is expected within three to four days.

The Mainland Chinese photographer suffered from liver lacerations, and is currently in a stable condition without any surgery required, and is expected to stay in hospital for seven to ten days.

The Japanese photographer suffered a slight concussion and was discharged after a night of observation.

There were also two motorcycle riders who are still being treated at Conde Sao Januario, including a 30-year-old British male driver who underwent surgery on the same day and has recovered.

The other rider, aged 35, was hospitalised on November 17 due to his injuries, namely a fractured neck and verterbrae and a dislocation of the left shoulder.

The surgery was completed on November 18 and the rider is expected to transfer from intensive care department to the general ward on Tuesday.