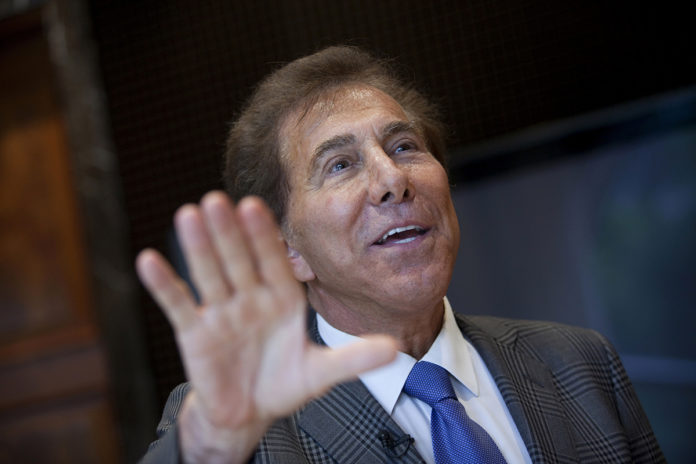 In February, Steve Wynn stepped down from his positions as Chairman of the Board, Executive Director and Chief Executive Officer  of  Wynn Resorts and its local subsidiary Wynn Macau, Limited, following sexual harassement allegations in the US.

Speaking on the sidelines of the iGaming Asian Congress being held at Grand Hyatt until March 15, Ms. Schneider told MNA  that  the “upheaval” created in the US could “carry over” to Macau.

“[Gaming jurisdictions ] in Nevada will definitely be looking at it, and Massachussets also […] What happens a lot with gaming regulators nowadays is that they have a lot of information sharing agreements with each other so that whatever analysis and investigation that come up in those jurisdictions they will probably share with colleagues here,” she added.

As an example, she mentioned how in 2009 the New Jersey  Gaming  Commission considered MGM Resorts’ partner in Macau, Pansy Ho, unsuitable due to the alleged ties of her father, casino tycoon Stanley Ho Hung Sun, to organised crime.

According to Ms. Schneider, the Macau  Government will be dealing with a new and “groundbreaking” gaming concession tender process, but that until the 2022 ending deadline for Wynn Macau’s concession they will be  provided with a “fair amount of data” from regulators in the US.

A court trial involving a former Philippines Amusement and Gaming Corporation official, suing Wynn Macau for damages caused by illegally leaking his and his family information , is also currently ongoing in the Macau courts.

When questioned if Mr. Wynn’s probity could be put in question forcing him to return or sell his shares in the company, Mr. Schneider said  a  “firewall” will need to be set up so that court issues surrounding him do not impact Wynn Resorts business.

June 28, 2022
Trust among the Greek- and Turkish-Cypriot communities on their divided island is at a low...