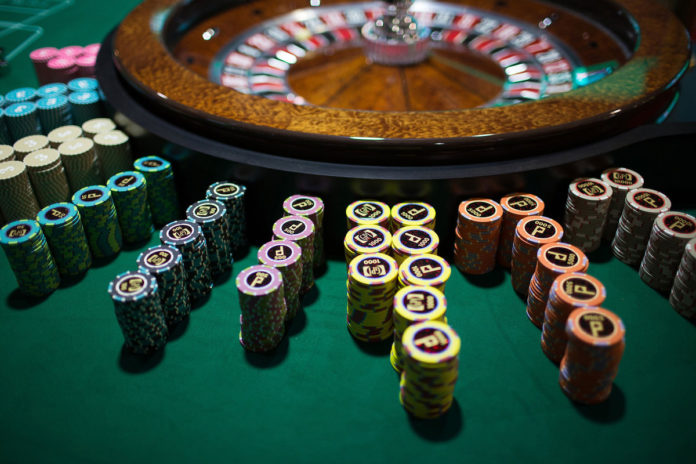 In particular, the report states that Macau’s ‘vulnerabilities’ to money laundering ensue from the anonymity gained through the use of junket operators in the transfer and commingling of funds, as well as the absence of currency and exchange controls.

It noted further that the city continues to rely ‘heavily’ on junket operators for the supply of wealthy gamblers, mostly from Mainland China.

‘In addition to attracting those seeking anonymity or alternatives to China’s currency movement restrictions, junket operators are also popular among casinos unable to collect gaming debts on the Mainland where gaming is illegal,’ the report states.

Based off information provided by government officials, the report notes that the city is likely both a transit point and an end destination for laundered funds ‘derived from local and overseas criminal activity,’ including gaming-related crimes, property offenses, and fraud, urging the Macau SAR Government to enhance its ability to support international anti-laundering money investigations and recovery of assets.

The report also highlighted the fact that Asian crime groups, including triads, were active in the gaming services and involved in illegal activities such as drug trafficking.

The report also the fact that only ‘a handful’ of money laundering convictions have been obtained in recent years, urging Macau to lower the large transaction report threshold for casinos to US$3,000 (MOP24,201) in order to bring it in line with international standards.

The current reporting threshold for transactions is set at MOP500,000 (US$62,640) under the supplementary guidelines by the Gaming Inspection and Co-ordination Bureau (DISJ) for gaming entitles.

Yet, the report also acknowledged the anti-money laundering laws and policies enforced by the Macau SAR Government.

One example of mention according to the report is the fact that the DICJ requires that all gaming and junket operators keep records of large and suspicious transactions, customs due diligence and enhanced due diligence.

The number of licensed junket promoters has decreased from 225 in 2011 to 110 in 2018, indicating that the DICJ had enhanced and renewed the anti-money laundering requirements on junket promoters, American authority noted.

The US Department of State also urged the MSAR Government to continue strengthening interagency co-ordination to prevent money laundering in the gaming industry, especially by continuing to encourage smaller junket operators to exit the market while encouraging the professional junket operators to further develop their compliance programmes.

Others countries and jurisdictions on the North American money laundering list include China and Hong Kong, in addition to the United States proper.

News about the release of the report were first published by local Portuguese newspaper Tribuna de Macau.