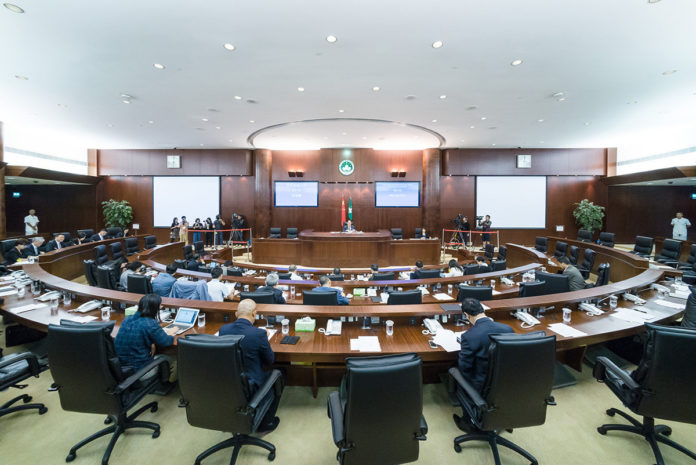 Macau (MNA) – The youngest directly elected legislator, Sulu Sou Ka Hou, was “temporarily” suspended from his functions as a legislator on Monday, after the 28 legislators cast anonymous votes on the suspension during a plenary session of the Legislative Assembly (AL).

A total of four votes were cast against the suspension.

At the end of the session, the young legislator said he “regretted” the decision made at the plenary meeting.

Mr. Sou can resume his seat in the AL only and if he is found not guilty in a case filed against him revolving around public disobedience.

The charges brought against him refer to his participation in a demonstration organised by the New Macau Association in May 2016 over a RMB100 million donation to Jinan University by the Macao Foundation (FM).

Sulu Sou’s trial was initially scheduled for November 28, 2017, but was adjourned to an unspecified date.