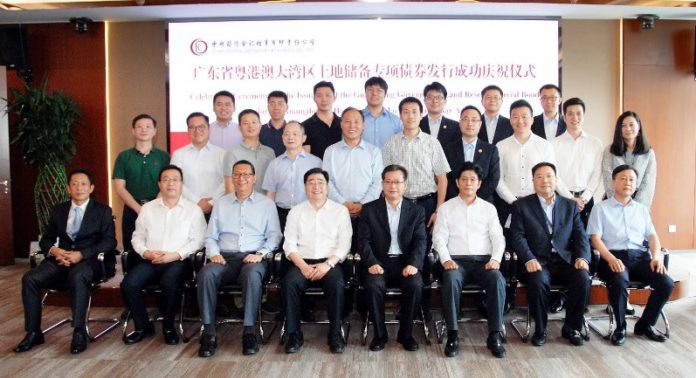 Macau (MNA) – Three Macau financial institutions have participated in the distribution of RMB5 billion (US$726.5 million) worth of special bonds issued by the Government of Guangdong, dubbed the ‘Land Reserve Special Bond for the Guangdong, Hong Kong and Macao Greater Bay Area’.

According to a release by the Monetary Authority of Macau (AMCM), three Macao financial institutions, including ICBC (Macau), Luso Bank and Bank of China Macau Branch were the participating local institutions, and will distribute the bond in the form of personal wealth management products to clients.

The issue of the special bond is priced at RMB34.19 billion with a five-year term.

Funds will be used for land reserve projects in Guangzhou, Zhuhai, Foshan, Dongguan and Zhongshan in the Greater Bay Area and will be underwritten by the Industrial and Commercial Bank of China, Bank of China, Agricultural Bank of China and China Construction Bank.

Macau is the first region outside of the Mainland that has financial institutions participating in the distribution of municipal bonds via settlement agencies.