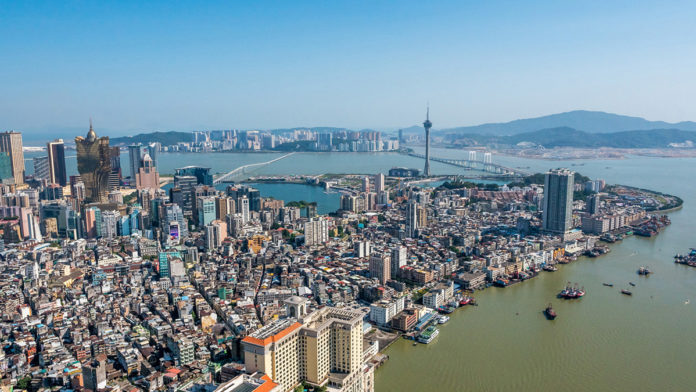 “The gaming sector in Macau is highly exposed. Any significant slowdown or fall in the yuan’s value may lead to Beijing’s further curbing of capital outflows, thus dampening casino revenues. Moreover, three of Macau’s six gaming concessionaires are US companies – Las Vegas Sands, MGM, and Wynn Resorts; and LVS founder Sheldon Adelson boasts close ties to US President Trump,” we can read in the last report from Hong Kong-based consultancy Steve Vickers and Associates Ltd., which warns: “These companies now sit on a geopolitical fault line. Their Macau concessions can therefore be on the line.”

Steve Vickers and Associates Ltd. do not hesitate to associate the scenario of a commercial war between the United States and China with Macau – and future gaming concessions, in particular.

But this Hong Kong-based consultancy is not the only one to do so.

“The next time Trump insults the PRC, China’s leaders could react by re-imposing visa restrictions on Mainland travel to the U.S., and also to Macau. After all, the name Trump is associated with casinos. And two of his biggest supporters are Steve Wynn and Sheldon Adelson. When it comes to saving face, the PRC probably won’t buy the argument that the ‘Wynn’ on the side of casinos may now refer to Elaine rather than Steve,” writes American gaming law scholar and author Nelson Rose.

This visiting professor at the University of Macau does not “believe the Macau Government would refuse to renew the American casino companies’ concessions. Wynn, Adelson and MGM have spent billions building not just casinos but integrated resorts. No Western company would ever spend another cent in China if these investments are lost through government action,” but – states Professor Rose on his blog – “China could also force Macau to announce that the concession re-bidding process will be open to all. They could justify this as the government merely trying to get the maximum for bestowing the privilege of running casinos. If they wanted to, they could pretend that this has nothing to do with Trump.”

The three US companies are not all in the same position.

“The next time Trump insults the PRC, China’s leaders could react by re-imposing visa restrictions on Mainland travel to the U.S., and also to Macau” – Nelson Rose

“The risks for Sheldon Anderson’s Sands casinos are quite high. It is quite possible that China will target his casinos specifically because he is a [Donald] Trump crony,” says China Market Research Managing Director Shaun Rein, as quoted by Forbes. “It is possible they will ratchet up police surveillance of his Macau properties in order to spread fear among high rollers and even middle-class gamblers that they are being checked up on by the authorities. Or they could launch an audit of their books. Either way, a move could be viewed as having plausible deniability [if] the government cloaks it as a crackdown on corruption or tax evasion,”

This idea that Macau might be penalised by a trade war is beginning to be so deep-rooted that it seems that there are already concrete signs: Bloomberg reports that some Chinese high rollers steered clear of Macau in June “in anticipation of financial market turmoil triggered by trade tensions between the United States and China.”

“The market conditions have more uncertainties, including a potential trade war escalation. High rollers are more cautious, betting less or reducing trips to Macau,” he was reported as saying.

If the crisis can also be an opportunity there are those who find in the scenario of a trade war between the United States and China some positive aspects.

MEP Pereira Coutinho submitted a written interpellation to the Legislative Assembly, in which he asked the government: “As Macau is a free port, how will you take advantage of this in terms of attracting companies that develop innovative products with high added value? This economic situation can, if well managed, contribute to the economic diversification of Macau, avoiding extreme dependence upon gambling, an objective long defended by the Central Government.”

And it seems that these last words of Mr. Coutinho are the most realistic: in late August, the United States Department of Commerce accused a local company (Macao Commercial and Industrial Spring Mattress Manufacturer) of avoiding imposed Customs duties, saying that mattress springs made in Macau with material coming from Mainland China were a way of sidestepping the anti-dumping measures applied to Chinese springs, a charge the company roundly rejects.